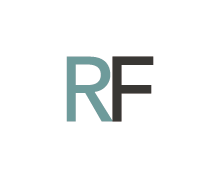 Social care workers are losing out on £130 million a year due to pay rates that are in breach of the National Minimum Wage, according to new analysis published today (Monday) by the independent think-tank the Resolution Foundation.

The analysis – part of a major investigation into improving pay in social care that will conclude early next month – estimates that around 160,000 care workers (out of 1.4 million) are being paid less than the minimum wage when all working time is considered. The average loss for those not receiving the minimum wage is around £815 per year.

This widespread ‘wage theft’ is primarily down to the failure of employers to pay staff at a level that adequately covers all of their working time. This includes time spent travelling between clients for domiciliary care workers, many of whom will have to make a number of journeys between clients each day. It’s also due to unpaid training time and ‘on call’ time.

There are other ways in which workers lose out on the minimum wage, such as illegal deductions in pay (a common reason for non-compliance uncovered in HMRC investigations), that are not possible to model and aren’t taken account of in the Resolution Foundation estimates.

The Resolution Foundation believes that far tougher enforcement of the minimum wage is needed to stamp out this abuse. The government has stepped up its activity to crack down on illegal underpayment recently, but far more can be done.

The challenges facing social care workers go far wider than employers not paying the minimum wage, says the Resolution Foundation. The sector has long been associated with low pay, while recent funding reductions – combined with an ageing population – have created an additional strain that often leads to pressure on pay and job insecurity for staff.

The Resolution Foundation believes that a joint effort is needed by national government, local authorities and social care providers to end this failure to comply with the minimum wage and start to address the wider problem of pervasive low pay. Employers must commit to better treatment of their staff, local government must take greater responsibility for the behaviour of care providers, while national government must recognise the impact of reduced social care budgets on the funding available to local authorities for care contracts.

The social care workforce displays many of the characteristics normally associated with low pay: almost two in five staff work part-time, more than four in five are women, and a growing number of its workforce are migrants. There is also a high prevalence of zero-hours contracts, and weak collective bargaining power for better pay and conditions.

Laura Gardiner, Senior Research and Policy Analyst at The Resolution Foundation, said: “Every worker has the right to the minimum wage yet illegal non-payment is all too common in the social care sector. It’s scandalous that these workers, who do such demanding and valuable work, are being cheated out of £130m every year through what is effectively ‘wage theft’ by their employers.

“Diminishing public funding and ever tighter commissioning practices are placing great pressure on care providers, but there is simply no excuse for breaking the law and HMRC urgently needs to get tougher on employers who do so. It’s welcome that the government has started to draw attention to this issue and beefed up enforcement powers but far more needs to be done given the scale of abuse.

“Social care will need to fill up to a million additional jobs in the next decade to meet the needs of our ageing population, so tackling the broader issue of low pay in this sector is a real priority. As well as helping to attract and retain staff and boosting the incomes of low-paid workers, better pay would ultimately lead to improvements in care quality. If we want to see dignity for those receiving care then we need to start investing in the workers who provide it.”