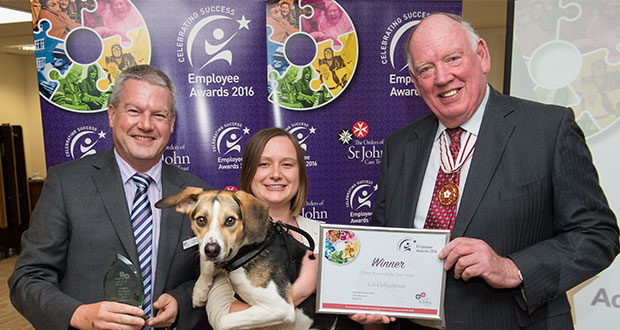 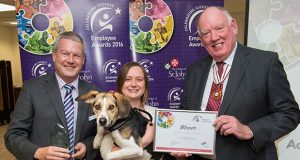 For the eighth consecutive year, the Orders of St John Care Trust (OSJCT) – one of the UK’s largest not-for-profit care home providers – celebrated its stand-out care workers throughout the UK during a series of special awards ceremonies.

Long Service Awards for up to 35 years employment with the Trust were also presented to 10 employees.

For a full list of recipients, please see below.

Kevin Hall, OSJCT Operations Director, said: “Our team members play a critical role in the Trust providing our residents with the highest quality person-centred care, and, because of this, our annual ceremonies are very special events for us. Not only do they bring together our care teams from the counties in which we operate, but they also give us the opportunity to show our gratitude to all of the hard-working men and women who make a tremendous difference in our residents’ lives.

“All of the employees honoured at this year’s events have shown the utmost commitment and dedication to the Trust and everyone living under our care. Whether celebrating long service, individual training achievements and group accreditations to garnering praise from colleagues, all of 2016’s recipients are extremely deserving of the recognition and a big thank you.”

Carer of the Year:

Katie Orchard from Willowcroft in Salisbury

Martina Kurmeta from Longlands in Oxford

Young Carer of the Year:

Emma-Leigh Brain from Westbury Court in Westbury on Severn

Leader of the Year:

Sally Reynolds from Watersmead in Westbury

Prissana Ramsey from the Meadows in Didcot

Volunteer of the Year:

Activity Coordinator of the Year:

Anne-Marie Damsell from Southfield in Stroud

Angela Lindsay from Longlands in Oxford

Office/Support Employee of the Year:

Cristina Tanasescu from Longlands in Oxford

Evelyn Underwood from The Elms in Stonehouse