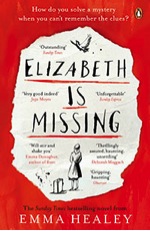 Talented author Emma Healey has spoken of the whirlwind six months which saw her catapulted into the literary limelight thanks to her gripping debut ovel, Elizabeth is Missing. The 29-year-old writer revealed how the book, which sold for a six-figure advance and was published last summer to critica
l acclaim, had changed her “ambition, career, address and sense of self” in an article penned for Alzheimer’s Research UK’s blog, dementiablog.org.

Elizabeth is Missing centres around octogenarian Maud who, while increasingly forgetful with the onset of dementia, sets out to solve the mystery of her friend Elizabeth’s disappearance. The book became a Sunday Times top ten bestseller, the TV rights were promptly snapped up and earlier this month it earned Emma the Costa First Novel award. She’ll now go up against other literary heavyweights for the Costa Book of the Year prize later this month (27 January).

In her post, Emma, whose grandmother, Nancy, is living with dementia and inspired the novel, writes: 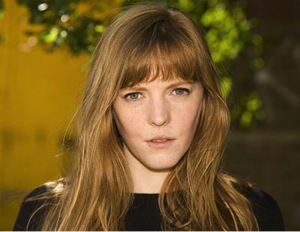 “2014 was one of the strangest years of my life. The publication of the book I had quietly worked on for five years changed my ambition, my career, my address and even my sense of self. I have been able to give up a nine-to-five job, look
beyond the dream of seeing my work in print (to the dream of actually managing to write a second novel), buy a house, and I’ve even found that I can talk to a room of people with a fair amount of confidence.

“It’s been an incredible privilege to see my book out in the world, on bookshelves in shops and libraries, in the hands of readers and critics. I’ve travelled up and down the UK taking part in book events and festivals, and it’s been wonderful to meet readers all over the country, readers with their own stories of how dementia has affected them.

“Nearly all of these stories have been heartbreaking, but they’ve also been funny, joyous and bizarre even, and the really strange thing has been how familiar each one is to me as a relative of someone living with dementia, but also as a writer.

“The way people tell their stories, with puzzlement, guesswork and moments of insight has given me a sense of how many people there are out there wanting the same thing – to understand what their loved-ones are experiencing.”

“When I began to write Elizabeth is Missing, nearly seven years ago now, there wasn’t so much fiction about dementia and I was looking for a way to explore the subject in a meaningful manner. To be honest, I wasn’t really thinking of other readers at that moment, it was a selfish beginning. I just wanted better ways to guess what my grandmother, Nancy, and several other members of my family were going through, how they might feel, what they might be thinking, why they said and did the things they did.

“Since beginning the book there have been quite a few big fictional stories involving dementia and sometimes I wonder if I would have felt the need to write my own book if I was starting now.”

“Elizabeth is Missing is a beautifully written book which deals with the subject of dementia exceptionally well. From the outset, it’s clear that this book has been written by someone who has personal experience of dementia.

“Maud’s battle with the condition is by no means the first time the effects of dementia have formed a storyline, but it’s refreshing to see it used in such an imaginative and thought-provoking way. Readers who have experienced the devastating effects of the condition themselves will recognise some of the symptoms that are dealt with as the story develops. Emma and her book are bringing the condition into the spotlight and helping to change public attitudes.”

“Alzheimer’s disease and other dementias pose one of the greatest threats to public health now and in the future, with over 830,000 people across the UK currently living with the condition. Research is the only answer but funding still lags far behind other serious diseases. We rely on people like Emma to raise awareness to help break down the stigma of dementia and ensure it becomes a national priority.”

To read Emma’s blog in full, visit www.dementiablog.org/Elizabeth-is-Missing. Free information about Alzheimer’s disease and related dementias is available from Alzheimer’s Research UK by calling 0300 111 5555 or online at www.alzheimersresearchuk.org

The paperback edition of Elizabeth is Missing was released this month and is available from all good book stores or online here.