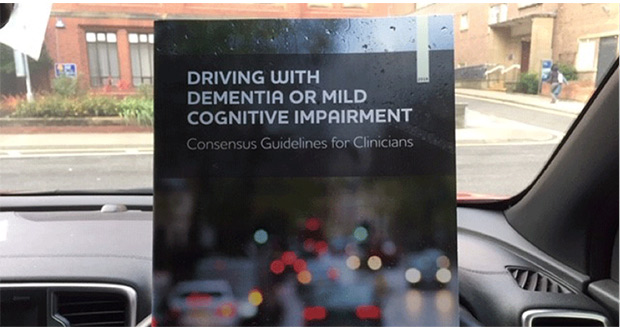 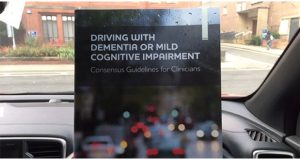 New guidance on when people living with dementia should stop driving has been published to support doctors and other health care professionals.

Researchers from Newcastle University, supported by the National Institute for Health Research (NIHR) Newcastle Biomedical Research Centre have worked with a number of external partners, researchers and carers to create the guidelines.

Many people with dementia, particularly in the early stages, are safe to drive so it is important that they are not prevented from doing so but making the decision to ask someone to stop can be difficult and hard to broach.

Dr John-Paul Taylor is a Clinical Senior Lecturer at Newcastle University, and the Deputy Lead for the NIHR Newcastle Biomedical Research Centre’s Dementia research theme, led the group that developed the guidelines. He said: “This can be a difficult conversation for anyone to have, whether you’re a family member or doctor, because losing the ability to drive can have a significant impact on someone’s independence and wellbeing. However, someone who is no longer safe to drive can be a source of concern for families and loved ones, and may also put the driver and others at risk.”

Tim Beanland, Head of Knowledge Management at Alzheimer’s Society said: “We hear regularly from people with dementia that being able to drive for as long as safely possible after their diagnosis is really important to maintaining their independence and identity.

“While a dementia diagnosis isn’t in itself a reason to stop driving, a decision has to be made as to whether someone is still able to drive safely. That decision requires individual judgements which can be clinically difficult and need sensitive handling.

“People with dementia have the right to remain independent for as long as possible. When being assessed for fitness to drive they have the right to be treated in a fair and open way. We’ve worked with a range of stakeholders including the DVLA to encourage decision-making and communication by professionals to be as dementia-friendly as possible.

“Alzheimer’s Society strongly supports the issuing of new guidance in this area for clinicians. This guidance should also give much greater clarity to people with dementia and those supporting them as to what to expect when being assessed for fitness to drive.”

Dr Paul Donaghy, Academic Clinical Lecturer at Newcastle University, and one of the key contributors to the guidelines adds: “This isn’t about taking away the independence of people diagnosed with dementia, it’s about clarifying the situation for clinicians though a clinical framework which works with people with people with mild cognitive impairment or dementia to support their independence and maintain their safety.”

Newcastle University researchers are working on the biomedical aspects of dementia to dementia care following a diagnosis, as well as creating awareness, tools and information for people with dementia and their families. The Newcastle Biomedical Research Centre, funded by the National Institute for Health Research has supported biomedical dementia research between the Newcastle upon Tyne Hospitals NHS Foundation Trust and Newcastle University for the past 12 years and has led to a number of developments, including how to better diagnose and treat dementia with Lewy bodies, which was, before this, considered to be a form of Alzheimer’s disease.