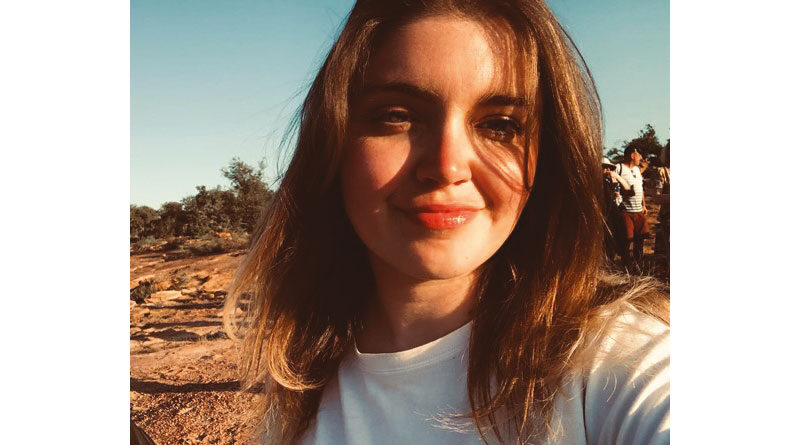 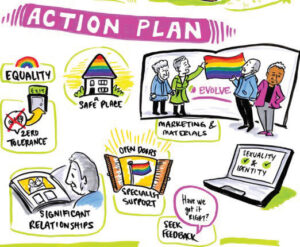 Evolve Care Group’s (www.evolvecaregroup.com) writer Beth Tingle, covers the life histories surrounding the organisations many care and nursing homes and the extraordinary people that live in them.

2022 marks half a century since the first Pride march in 1972 that took place in London. In the time that has passed since, activists have protested their rights to be accepted by society and reclaimed words used as offensive slurs such as ‘gay’ and ‘queer’ and turned them into proud terms that are now used to celebrate the community, but it wasn’t without a fight.

Many will remember the dark period of life that LGBT+ people were forced to live through under the infamous Section 28 act, imposed in 1988 during Margaret Thatcher’s premiership. The law prohibited the promotion of homosexuality, which incited an increase of homophobic abuse against an already largely marginalized community.

But the community were done being silent, and instead of being shamed back into the closet, people continued what those before them had done to so bravely break out of it. The Stonewall riots of 1969 was a defining moment in LGBT+ history which transformed the gay liberation movement and that wasn’t a moment people were going to let pass by. Thanks to continued activism, the section was eradicated in 2003 and in the years that have followed, societal attitudes have seen a major shift towards a much wider acceptance of the LGBT+ community. Although we still have a way to go, in the western world today, queer people are living proudly and openly with access to rights that protect them.

But what if the rich and powerful history this community are tied to becomes fragmented? What do we do when it becomes patchy and disjointed by our very own mind? What if you begin to lose those critical memories and with them your identity that is so strongly weaved into the fabric of them?

When a person living with a Dementia who was born in that first half of the 20th century reverts back to the mindset of their earlier years before all of this progress in history took place, they may become afraid the stigma that surrounded who they are back then now exists in the present. Dementia can act as a mode of transportation where the person living with it can be taken back to an era already lived out, and to all of the harsh ways of the world that hadn’t been unwronged just yet, such as homosexuality being classified as a mental illness you could be locked away for.

To prevent people living with us experiencing this, we invited Opening Doors, an LGBT+ focused charity, to partner with us and help support our training. The course was cocreated by the older LGBT+ community alongside health and social care experts and the content covered how we can create inclusive spaces for LGBT+ people entering the later chapters of their lives, spaces where people feel comfortable to express who they are.

We also invited illustrator, Eleanor Beer, along to the training, who sat and created the wonderful LGBT+ illustrations in this piece for our Connections Count magazines on IDENTITY and INCLUSION, delivering visual case studies that convey a greater understanding of the fears this community face, and the inclusive language we need to be using to make everyone in our homes feel comfortable and safe.

Just as importantly, we work towards further extending that safe space to our team members who identify as LGBT+. It is important that everyone under our roof is met with the same message: that your unique identity is something to be celebrated, and your gender identity and who you choose to be with is a huge part of that. When looking to build an inclusive environment, the priority is that our team members must feel at home in their place of work, and we do this by aspiring to create a culture of openness, honesty, and transparency.

We spoke to Katie, a team leader at Heanton Nursing Home, which is one of Evolve Care Group’s homes in Devon. Katie, who belongs to the LGBT+ community, gave us an insight to how the homes culture encourages equality.

“Heanton has always prided itself on looking after their LGBT+ community. Whether you are a member of the team or a family member living at Heanton, each and every one of us are treated as equals. There is no judgement or discrimination, and we all have a sense of belonging. At Heanton an environment has been created for team members and family members to be themselves and comfortable each and every day. We have all created personal identity boards which are placed around the home for the team and visitors to see. This gives everyone the opportunity to express who they are as an individual, to be confident within yourself and proud of who you are.”

We want to make sure we continue this important conversation and never allow for the people who choose our home as their own to experience anything but warmth and acceptance here. Our solution to creating an inclusive team is that our team members must feel at home in their place of work, and we do this by aspiring to create a culture of openness, honesty, and transparency that is felt by everyone living here. Jay and Tina, who make up our welfare team are also at the other end of the phone 24/7 and are here to support those who want to talk about anything at all, sexuality included.

Visit https://www.connectionscount.org/magazine/ for more information on how we can create safe, inclusive spaces where people are liberated from the harmful stereotypes that confined them for too long. We will always be an ally.