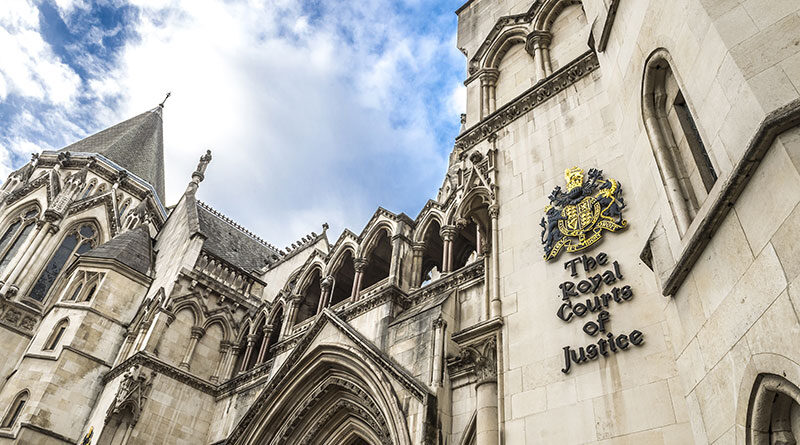 Government policies on discharging patients from hospital to care homes at the outset of the pandemic were “unlawful” because they failed to consider the risk to elderly and vulnerable residents from non-symptomatic transmission of Covid, High Court judges have ruled.

When the pandemic broke in March 2020, ministers sought to free up space in hospitals, with 25,000 patients discharged to care homes without having Covid tests.

This occurred between mid-March and mid-April, according to a report by the National Audit Office, despite concerns that Covid-19 could be spread asymptomatically.

Today’s (April 27) ruling comes after two women took the government to court, saying Covid patients were discharged from hospitals back to care homes without testing.

The women said key policies of discharging patients from hospitals into care homes were implemented with no testing and no suitable isolation arrangements in the homes. Speaking outside the High Court Ms Gardner said the ruling vindicated her belief that the government had “neglected” care home residents during the campaign and justified “our campaign to expose the truth.”

“It is also now clear that Matt Hancock’s claim that the government threw a protective ring around care homes in the first wave of the pandemic was nothing more than a despicable lie,” she said.

Ms Gardner added the former health secretary should be “ashamed” of the “despicable lie” and called on him to apologise.

She also demanded that Prime Minister Boris Johnson “accepts responsibility” for Covid policy that was devised “on his watch”.

Fay Harris, who brought the case with Dr Cathy Gardner said: “I am very pleased with the judgment today. It brings some comfort to know that the Government have been shown to act unlawfully.

“Their actions exposed many vulnerable people to a greater risk of death – and many thousands did die. It has only increased the distress to me and many others that the Government have not been honest and owned up to their mistakes.

“I have lost precious years with my wonderful dad. I left him fit, well and happy on the 22nd March 2020 when his home went into lockdown. He should have been safe and protected, but I never saw or spoke to him again. Many people died of Covid in his care home. I hope this judgment will help the thousands of other families who have lost parents due to this Government’s reckless and unlawful policies.”

Jason Coppel QC, a barrister representing the two women told Lord Justice Bean and Mr Justice Garnham that between March and June 2020, when Matt Hancock was Health Secretary over 20,000 elderly or disabled care home residents had died from Covid-19 in England and Wales.

Mr Coppel said the fathers of Dr Gardner and Ms Harris were part of that “toll”. “The care home population was known to be uniquely vulnerable to being killed or seriously harmed by Covid-19,”

“The Government’s failure to protect it, and positive steps taken by the Government which introduced Covid-19 infection into care homes, represent one of the most egregious and devastating policy failures in the modern era.”

In their ruling, Lord Justice Bean and Mr Justice Garnham determined that, despite there being “growing awareness” of the risk of asymptomatic transmission throughout March 2020, there was no evidence that then Health Secretary Matt Hancock addressed the issue of the risk to care home residents of such transmission.

Before the ruling was announced the government had said: “Every death is a tragedy and we worked tirelessly to protect the public from the threat to life and health posed by the pandemic and specifically sought to safeguard care homes and their residents.”

CARE SECTOR WAS LET DOWN AS VIRUS STRUCK

Major lessons have to be learned from the way the care of older and vulnerable adults was treated when the Covid-19 pandemic hit the UK, providers said today.

Reacting to the judgement, the Independent Care Group (ICG) said the sector had been badly let down.

“At the start of the pandemic, care and nursing homes were told to continue as normal as the risk to residents was not high.

“We were told to keep accepting hospital discharges even though it turned out, many were coming in to our homes without being tested first.

“The result was that Covid-19 got into care settings with devastating effect and many lives were lost as the pandemic was merciless when it reached those who were older, frail and with other medical conditions.

“Even so, the Government was slow to react, continuing to focus resources – in particular PPE and testing – on NHS settings, rather than care and nursing homes.

“We were badly let down and the Government did the exact opposite of throwing a protective ring around the sector.

“Many lives were tragically lost and our thoughts are with their loved ones – we will never forget them.

Mike Padgham added: “And we pay tribute to the amazing care staff who battled through the pandemic and have been left physically and emotionally scarred by the past two years.”

He said the vital thing now was for lessons to be learned and for the care sector to get the overhaul it needs.

“Even before the pandemic, social care was in crisis and Covid-19 found a sector on its knees, with a dire shortage of funding, a staffing crisis and poor morale – little wonder that Covid-19 had such an impact on the sector,” Mr Padgham added.

“Despite this, care providers worked miracles in keeping their residents safe and were just as much a frontline against the pandemic as their NHS counterparts.

“As we digest today’s ruling and emerge from the pandemic, social care deserves the reform it has been seeking for more than a generation.

“We deserve to see the sector properly funded, merged with NHS care and with a workforce that is properly paid – recognized, respected and rewarded.

“That is the least we should expect after such a devastating two years.”