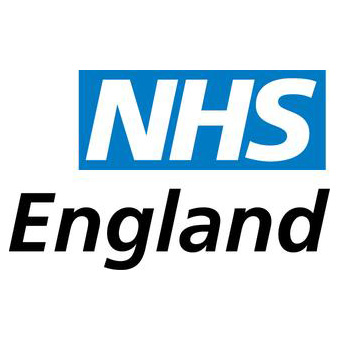 Latest delayed transfer of care figures reveals a downward trend compared to June 2017, according to data published by NHS England.

The data also revealed that both the NHS and social care sectors have seen reductions in the number of delayed transfers of care in the last year.

The main reason for social care delays in June 2018 was ‘Patients Awaiting Care Package in their Own Home’. This accounted for 14,600 delayed days (36.2% of all social care delays), compared to 22,100 in June 2017. The number of delays attributable to this reason had been increasing steadily since April 2014 and reached a peak in

December 2016. Delays attributable to this reason have been gradually decreasing since March 2017.

“These statistics show a whole system – from A&E through to primary care – under relentless pressure.

“The Referral to Treatment statistics in this report are particularly disappointing, with the number of patients waiting over a year for treatment more than doubling in the space of a year.

“The heatwave has meant no respite, with emergency attendances up nearly 5 per cent on last year and condemning the NHS to yet another month of missed A&E targets.

“It is now clearer than ever that a system-wide approach is essential to provide more care in the community, reduce the strain on hospitals and prevent NHS and care services from falling over.”

Councillor Izzi Seccombe, Chairman of the Local Government Association’s Community Wellbeing Board said, ‘Councils have now reduced the average number of delayed transfers of care days attributed to social care since June 2017 by 40%.

‘To help reduce pressures on the NHS, adult social care needs to be put on an equal footing with the health service and councils need urgent funding to invest in effective prevention work to reduce the need for people to be admitted to hospital in the first place. This is why the LGA has launched its own adult social care green paper to kick-start a desperately-needed debate following the delay of the Government’s green paper.

‘To help tackle this, the Government needs to address immediate pressures and plug the funding gap facing adult social care which is set to exceed £3.5bn by 2025, just to maintain existing standards of care, while latest figures show that councils in England receive 1.8 million new requests for adult social care a year – the equivalent of nearly 5,000 a day.’

Julie Ogley, Vice President of the Association of Directors of Adult Social Services said, ‘Despite significant pressures, our dedicated social care workforce has once again made an incredible impact, keeping delays to transfers of care lower than at this point last year. However, the pressures facing our care and health services, compounded by a lack of certainty around the long-term funding for social care, are increasing, and there is only so much that dedication can do.

‘We welcome the recent investment announced for the NHS, however, as has been remarked before, investing in the health service without investing in social care is like pouring water down a sink without leaving the plug in.

‘None of us want to need social care, in the same way that none of us wants to be sick, but all of us at some point will have a loved one who will depend on it or we may even need it ourselves. By kicking the social care green paper into the Autumn, the Government has further delayed providing not just funding, but much-needed answers on how we are going to plan to look after us when we are older or disabled.

‘With more of us living longer, the pressures on our social care system will only increase unless we put in place a long-term funding solution as soon as possible. In the meantime, it’s essential that urgent and interim funding is made available to help ease the pressures on the system and help us help the people in our care live the lives they want to live.’