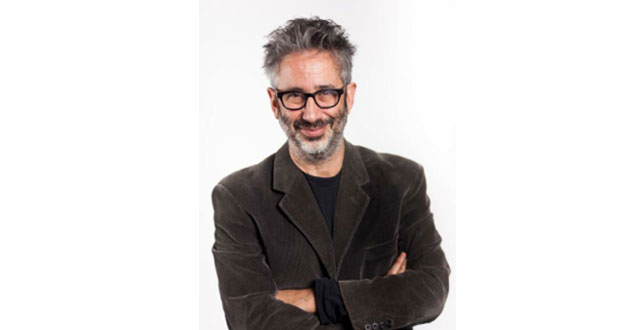 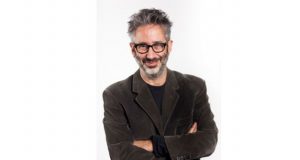 Writer and comedian David Baddiel has been appointed as Alzheimer’s Society’s newest Ambassador, uniting with them in the fight against dementia.

David, whose father Colin has Pick’s Disease – a rarer form of dementia, has already shown fantastic support for us, including raising thousands through his tour “My Family: Not the Sitcom”, a show where he talks frankly about the impact of his father’s condition.

David’s recent Channel 4 documentary, ‘The Trouble with Dad’, intimately explored the realities of having a parent with dementia. Filmed over the course of a year, it charts David and his brother’s experience caring for Colin, whose dementia affects the part of his brain that controls personality and behaviour.

With someone in the UK developing dementia every three minutes, it is more vital than ever to find new treatments, improve care and offer help and understanding for people affected. The charity is proud to be joining forces with David to further the conversation around dementia, encouraging others to speak openly about their own experience.

“As a comedian, I’ve always been interested in talking about, and finding the comedy in, subjects that we as a society perhaps don’t talk about – and quarantine off from laughter.

“When my dad developed dementia, a lesser known form called Pick’s Disease, I realised that sometimes dementia is one of those subjects: it comes with a silence around it.

“I prefer to resist this, and talk about it, through comedy, which is the best way I know how – not least to deal with my own sadness and anxieties. But in so doing, I’ve found that many, many people in the same situation, who have relatives with dementia, can find common ground. Both in terms of their own situation and in terms of raising a more general awareness of what dementia is, and how it affects every person differently.

“I’m delighted to be joining forces with Alzheimer’s Society to continue this conversation, and to encourage people to unite against dementia so no-one has to face the condition alone.”

“There’s no question that dementia can have a profound and devastating effect, stripping people of their everyday connections to the world. There’s never been a greater need to raise awareness of the realities of dementia, as society’s biggest health issue that is set to affect us all.

“We’re honoured to welcome David as an Alzheimer’s Society’s Ambassador. David has been vocal about his Dad’s experience of Pick’s disease and is helping to tackle the stigma that still surrounds dementia, bringing his unique comedic style to the fore when discussing the condition and talking about issues that many are still too afraid to talk about.

“We are incredibly grateful to all our Ambassadors like David who continually strive to improve the lives of people living with dementia and the millions of people who care for them.”