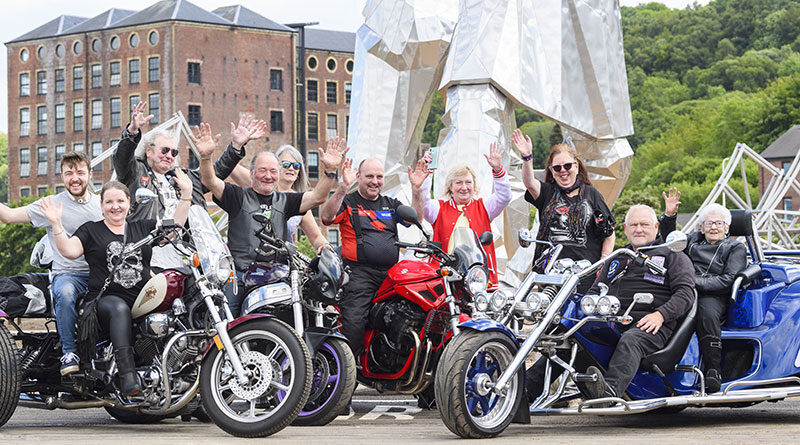 AN INSPIRING pensioner saddled up and led a sponsored motorbike ride around her hometown at the weekend, crossing a big item off her bucket list. 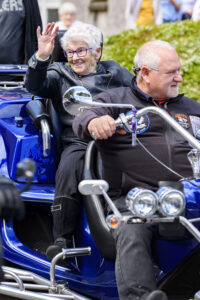 91-year-old Margaret Sneddon, a resident at Bield’s Crosshill Gardens development, fulfilled a lifelong dream of riding on the back of a motorcycle trike around Port Glasgow to raise money for a local charity.

Margaret previously worked as a home help carer before retiring due to ill health but hasn’t let that slow her down.

The sponsored event raised money for local charity, Children in Poverty Inverclyde, which aims to help children in the area whose families face daily challenges due to poverty, health, equality and participation.

The charity has previously presented Margaret with an award in recognition of her continued support and dedication. 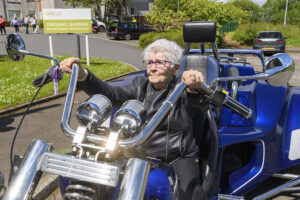 Margaret said:
“I wanted to support this charity by helping to raise funds for the amazing work they do and also tick something off my bucket list, so I thought why not combine the two?”

“As a child, I would travel on a bus up and down the town’s Clune Brae. I always dreamt of how good it would feel to be doing this route on the back of a motorbike with the wind blowing in my hair.” 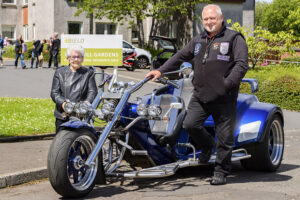 “Children in Poverty Inverclyde is a brilliant charity, and I am very pleased to be able to support them and raise a bit of money to help them do their work.”

Margaret is a strong believer that your age shouldn’t hold you back from achieving your goals; she gained her black belt in Taekwondo at the age of 66.

She added: “Take it from me, you’re never too old to tick things off your bucket list.”

Myra Higgins, Development Manager at Bield’s Crosshill Gardens, said:
“We are all just in awe of Margaret. Everyone at the development was cheering her on and it is amazing she is still crossing things off her bucket list at 91.

“Not many people were surprised at her doing this challenge though as she is known for being a bit of a daredevil.”

“I think it’s fantastic that, even as she is getting older, she is still thinking of ways she can help other people.”