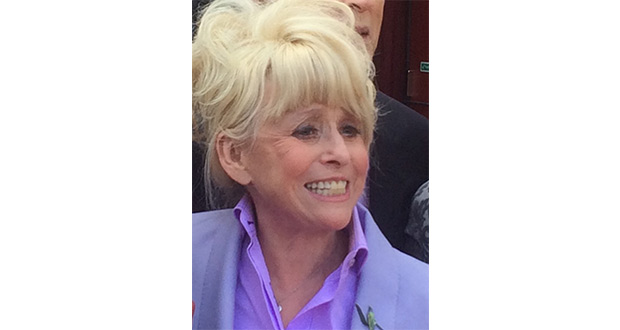 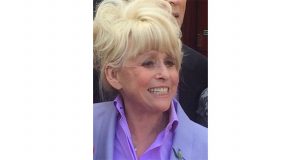 Actress and National Treasure Dame Barbara Windsor is living with Alzheimer’s disease, her husband has revealed.

In an exclusive interview with The Sun newspaper, Scott Mitchell said he had decided to go public with her diagnosis to help other families who have loved-ones battling the disease.

Dame Barbara, 80, was given her diagnosis in April 2014, according to the article.

Dame Barbara has been a star of stage and screen since she was just 12 years old and has enjoyed a career spanning nearly six decades. She is best known for her appearances in the Carry On films, and for playing Peggy Mitchell in the BBC One soap opera EastEnders.

She was awarded a Damehood in 2016 for services to showbusiness and charity.

“We are saddened to hear of Dame Barbara’s diagnosis with Alzheimer’s, as revealed by her husband Scott. Alzheimer’s is the most common disease behind dementia, accounting for around two thirds of cases of the condition in older people. It’s to be congratulated that Scott is speaking out to encourage other affected individuals and families to do the same when it’s right for them. It’s important to bring the disease out into the open as a crucial step towards us tackling it. Alzheimer’s is a physical disease, in the same way that cancer or heart disease are, and there shouldn’t be stigma in being open about it.

“Dame Barbara is a much-loved figure on our screens and in public life, and our hearts go out to her and her family. We hope she is able to maintain and enjoy her quality of life for as long as possible.

“Alzheimer’s Research UK is fighting for the 850,000 people in the UK living with Alzheimer’s and other forms of dementia today. Through research we can develop better diagnosis, prevention and treatment that will end the fear, harm and heartbreak of dementia.”