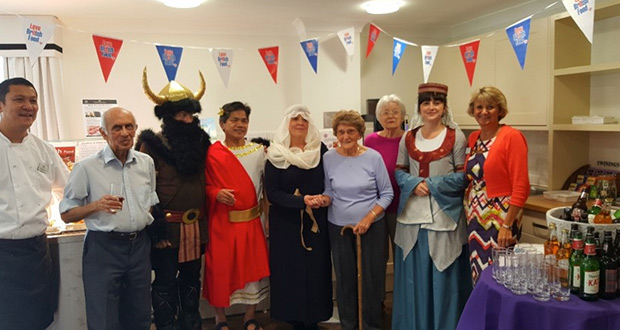 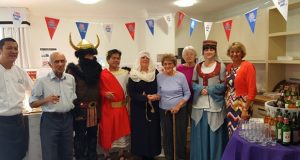 British Food Fortnight is an established annual event celebrating all that is great about food produced here at home.   Run by the team behind Love British Food and with the Co-op taking the lead, the Fortnight which this year runs from the 22 Sept-7 Oct brings together people and organisations with a passion for food including large and hospitals and small care homes.

Last year Sunrise Senior Living and Gracewell Healthcare got behind British Food Fortnight. Their chefs were invited to create an event of their choice to celebrate British Food involving residents and the activities coordinators. Sunrise of Tettenhall planned and held a daily event throughout the Fortnight which kicked off with a Great British Pub using local ale suppliers.  They also ran a Downtown Abbey themed evening, a cheese and wine event, ‘Down the Chippy’ and an Alzheimer’s tea party complete with reminiscing foods and experiences.  Other sites championed the seasonal menus, naming the supplier and region.  The apple pie competition in Sunrise of Eastbourne involved residents in the cooking to the judging and finally a private dining lunch where celebrity chef, Rosemary Shrager came along to judge and dine with the finalists.

Sophie Murray of Sunrise Senior Living was delighted with the response: “The Chefs and homes got heavily involved in the activities and made the Fortnight a very exciting time for residents and their visitors.  One resident even said it was the best day of their life.  We are already planning this years activities and look forward to making them bigger and better”.

So how can you make the most of British food and support local food and farming communities?

Tips on how to get involved

Chef Raymond Blanc and well-being writer and farmer, Liz Earle invites everyone to get involved

A competition to find the most imaginative celebrations of British food taking place during the Fortnight will run in conjunction with the Telegraph.  Previous winners include community groups from Bath, Emsworth and Peterborough; and schools in Hampshire to food festival organisers such as Ginger & Spice.  Anyone organising an event is encouraged to enter and you can visit the website www.lovebritishfood.co.uk for more information.

Increasingly, consumers want to know how their food and drink is produced and where it comes from.  Sourcing products that are part of assurance schemes is a powerful way of demonstrating that you are selling or serving quality produce and that it is fully traceable.  Visit our advice pages for information on sourcing and buying British food and which logos and marks to look out for.