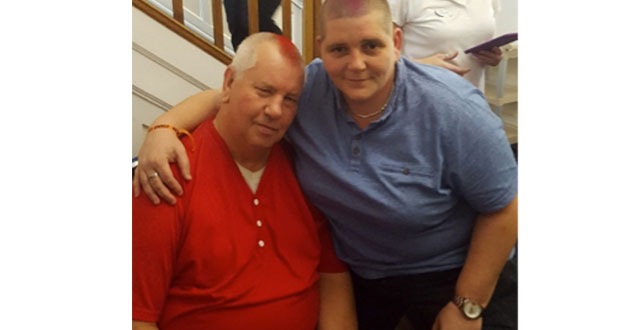 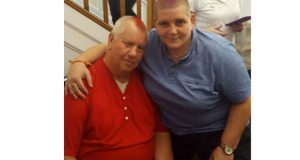 More than £400 has been raised for Cancer Research UK thanks to a team of carers, staff and residents at Czajka Care Group’s Brookfield Care Home in the Nab Wood area of Shipley.

Activities Coordinator Julie Morley organised the ‘Stand Up To Cancer’ event which saw residents, their families, staff and visitors take part in a range of fundraising activities.

Julie says: “As well as the usual cake stalls and raffles, we decided that in order to raise as much money as possible, we should do some more hair-raising activities. Both Deputy Manager Tracey Hincliffe and one of our residents, Colin Scarrott, agreed to shave their heads if they received enough sponsorship – and they did!

“Our HR Manager Daniel Czajka also agreed to have cream cakes thrown at him in return for donations to the cause, which was very sporting of him! In total we raised £416 and everyone had a great time.”

Stand Up To Cancer is a televised fund raising event shown on Channel 4 which has raised over £15million for Cancer Research UK to date. 100% of the money donated funds breakthrough translational research, finding cures for cancer faster. Stand Up To Cancer funds 30 clinical trials across the UK.

Czajka Care Group’s human resources manager Daniel Czajka says: “Our staff and residents are all incredibly charitable and we are always thinking of new and fun ways of raising money so we can support valuable causes.

“Cancer is such a horrible disease and many of the people who live and work at our care homes have been effected by it. When Julie asked me to volunteer to have cream cakes thrown at me I couldn’t refuse, as it was in aid of such a worthwhile cause,  I have to say though, that I won’t be eating cream cakes anytime soon!”