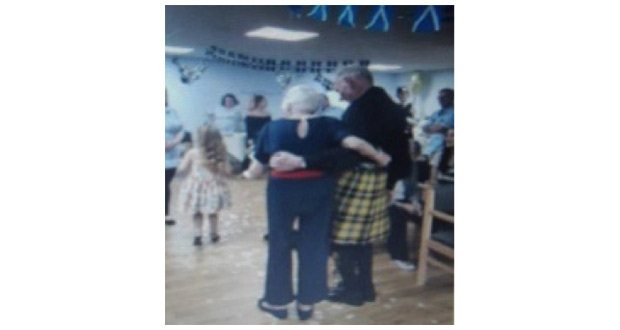 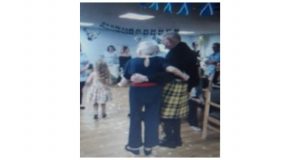 A married couple of 47 years renewed their wedding vows at Prime Life’s Hilltop Nursing Home, Phoenix Parkway, Scunthorpe after the husband Stuart repopped the question to his Scottish wife Mary who has mixed dementia on her 83rd birthday.

The couple had planned to renew their vows in 2022 after 5o years of marriage but Stuart as ever the impatient one simply could not wait to see his bride at the altar again. The Manager Faith Welham officiated and Rachel the care team leader acted as Best Woman whilst Tyler and Stacie, two of Mary’s Senior Carers supported Mary throughout what turned into a wonderful but emotional ceremony. Guests included many of the permanent residents and carers who waved their Scottish and Cornish flags in time to the music which brought tears to some residents eyes as old memories were rekindled.

Stuart in his saffron Cornish kilt, said “I will”, Shonagh a Scottish piper played “Scottish Soldier” and “Happy Birthday”. Mary wore a lovely blue jumpsuit made by friends which incorporated her original wedding garter and a picture from her Mum’s wedding in 1935 and was emotionally hugged by her husband as Hilltop’s Catering Manager Graeme also pulled out all the stops including laying on catering arrangements to go with the special birthday and wedding cake. Mary even had a hen party the night before arranged by carers.

Faith Welham Hilltop Manager said today, “It’s a beautiful example of how a nursing home like Hilltop can become extraordinarily special to those who live here and their relatives. Those with dementia are often open to profound experiences when music is played and so it proved today as well. It enabled us to include many of our wider family of residents in the event and give Mary and Stuart an amazing experience I know the married couple treasured. Despite her dementia Mary said that it was very beautiful day”.     Rachel’s daughter Sophia a flower girl especially stole everybody’s hearts as she led Mary to the altar scattering petals on the floor before the bridal procession and as Mary was no longer able Rachel and Tyler cut the traditional wedding cake