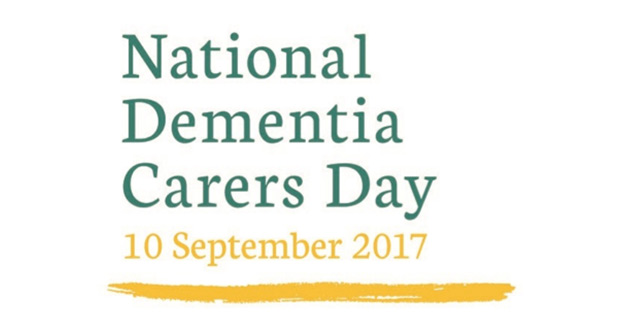 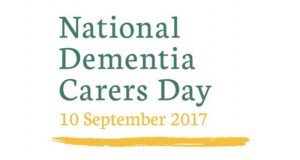 The efforts of thousands of ‘hidden’ carers across the UK who are supporting someone close to them who has dementia, will again be highlighted as part of National Dementia Carers’ Day (Sunday 10 September 2017).

Now in its third year and falling within Alzheimer’s Awareness Month, the national day was introduced to recognise and celebrate informal dementia carers, while highlighting what it means to be a carer.

The focus of this year’s campaign is ‘Sharing’. Carers are invited to connect and share their experiences, tips and stories; while members of the public are encouraged to get involved by sharing their appreciation for a dementia carer they know.

Support organisations, charities and community groups are also being urged to get behind the campaign by spreading awareness and helping to signpost local sources of advice and support using ‪#‎NDCD17.

According to Alzheimer’s Research:

“When you’re caring for a loved one with dementia the world can be a very lonely place sometimes and as the disease progresses new challenges can often arise,” commented Nicki Bones from SweetTree Home Care Services, one of the founders of the day

“Raising awareness is vital if we are to build dementia-friendly communities. That’s why we came together with Alzheimer’s Society and Dementia UK to launch National Dementia Carers’ Day and we’re delighted that support continues to grow for the campaign year on year.”

Nicki continued: “We want to help bring people together and to recognise the innovative care that is being provided every single day by informal carers – care which often goes unseen. Families need to know that they’re not alone and what advice and support is available to them.”