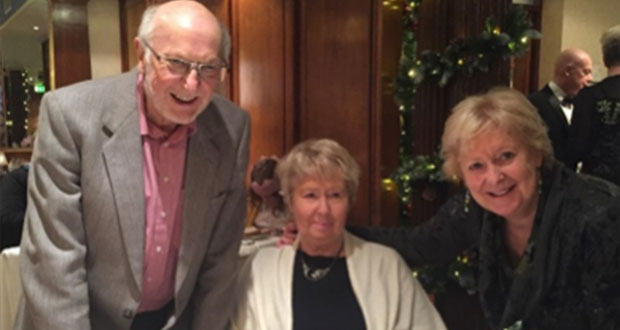 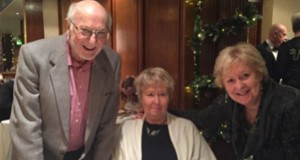 Kay Patrick is self-publishing her first novel this year and has chosen to donate all of her earnings to Alzheimer’s Research UK after her sister was diagnosed with dementia.

Kay, 74, will be giving all the money she makes from the paperback to the UK’s leading dementia research charity, which funds world class studies into the devastating condition. Her elder sister, June, was diagnosed with dementia two years ago when she was 78.

The author, from Cheadle Hulme, Stockport, retired from her day job on hearing her sister’s diagnosis, having worked as an actor and director. After training at RADA, Kay acted in Doctor Who alongside William Hartnell and later worked in BBC radio and TV production. She spent 20 years directing Coronation Street, leaving in 2015.

Kay’s book, The Trial of Marie Montrecourt, a crime novel set in Edwardian times, is due to be released on 28 May through publishing house, Troubador.

Her sister was a social worker before she retired, but is now cared for at home by her husband, Tim. Although June’s dementia is still in the early stages, it can be hard for Tim, 80, who had a heart valve replacement last year.

June’s condition first became apparent when she developed memory problems and started to get muddled easily, sometimes thinking her daughter was her sister. There has since been deterioration in her movement as well, causing her trouble walking. She is keen to read her sister’s book while she still can.

Kay described her sister’s condition and what led her to raise money for Alzheimer’s Research UK:

“My sister is still quite capable but has lost some of her animation. She’s still my sister, but we don’t know how long that will last. What really brings me to tears is her awareness of what’s happening. She knows what’s going on but there’s nothing she can do about it. That’s the hardest part.

“When I found out that June had dementia, I wanted something positive to come out of what was a terrible shock – something constructive to arise from a condition that’s so destructive. Research is fundamental to controlling and understanding this illness. I really want to get to the bottom of it. If we can build an understanding of dementia, maybe we can find a way to control it.”

The money that Kay raises from her book will go towards funding pioneering dementia research.

“This year, 225,000 people in the UK will develop dementia – that’s one every three minutes. Only research into diagnosis, prevention and treatments can help us combat this awful condition. Every one of Kay’s books that is bought will help to fund innovative and much-needed dementia research.”

The Trial of Marie Montrecourt by Kay Patrick (£9.99, Troubador Publishing) will be available from 28 May from www.troubador.co.uk as well as Amazon, Waterstones and other major bookstores.

For further information about Alzheimer’s Research UK, or to find out more about fundraising for the charity, call 0300 111 5555 or visit www.alzheimersresearchuk.org.