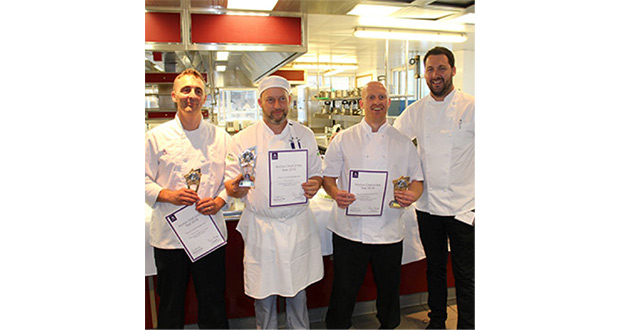 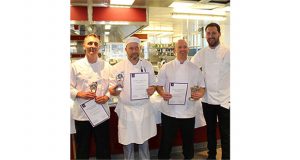 Rob Devonshire, Head Chef at Clayburn Court care home in Peterborough has won the prestigious Chef of the Year competition.

Rob defeated seven fellow chefs in a special cook-off at the University of Birmingham. Michelin star chef Tom Shepherd judged the entries and said how impressed he was with the overall standard.

“This has really opened my eyes into what care homes provide for their residents, and how difficult this was for me to pick a winner. As far as I am concerned – they were all winners but I have to say, Rob’s rack of lamb was cooked to perfection, and his beautiful French pudding, Mille-Feuille complimented it perfectly. Congratulations to Rob.”

Andy Seal, Service Delivery Consultant for Anchor, the organiser of the competition, said the standard of entry was outstanding. “I really must pay tribute to all our chefs who have taken the time to enter this year’s competition.

“The standard of applicants was much higher this year, and we received almost double the applications. There can only be one winner, and the judging panel completed the tough job of selecting Rob as the best one.

“A special thanks to Tom Shepherd who generously gave up his time to judge the final and impart some of his expertise to each of the eight chefs.”

Russell ‘Rusty’ Hesketh, winner of  the competition last year was runner up this year. Rusty had been nominated again in spite of moving to a different care home and said: “Last year I won while working for nearby Heyberry House but although sad to leave there, I have been promoted to a bigger role at Upton Grange in Salacre Lane just up the road.”

Andrew Wilcox, chef at The Firs care home in Felixstowe, near Ipswich has been awarded 3rd place. Although Andrew has only been with Anchor since the summer, he has already been a big hit with the residents at The Firs, hence he is the newest member of staff ever to even get a nomination for Chef of the Year.

“Obviously, I was delighted when Anna my home manager nominated me – it certainly was a great vote of confidence and I was clearly pleasing the residents with their choice of food.”

Andrew’s menu in the 90 minute ‘cook-off’ was classic ‘coq au vin’ in a pie; and cherry baked cheesecake with chocolate ganache cream.