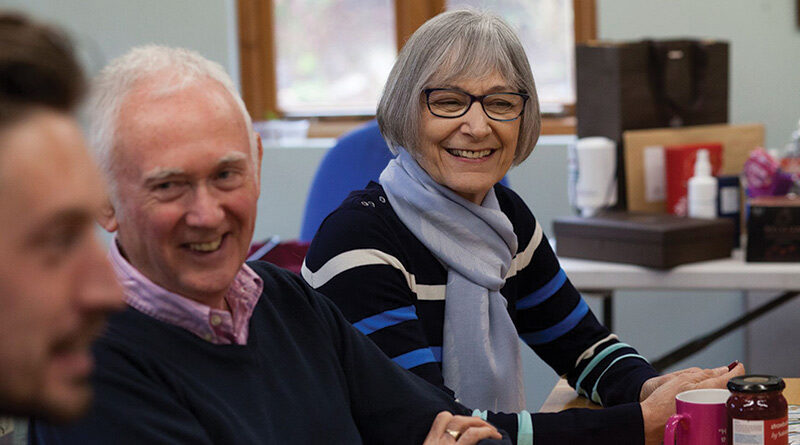 Increasing numbers of older people are finding themselves unable to afford transport costs to vital activities aimed at combating loneliness and isolation, according to research carried out by the country’s largest charitable care provider for older people.

Many older people are also worried about the increasing costs of energy and food and are asking activity leaders for advice and help with bills and anxiety.

Methodist Homes (MHA) runs community-based services for older people across England, Wales and Scotland, supporting more than 11,600 people in 175 locations. MHA Communities is aimed at people who live independently but who benefit from a variety of activities and events to help combat loneliness and isolation.

Now the charity is calling for Government support to enable it and others to continue to run vital lifelines for older people, so their wellbeing and mental health does not decline.

MHA’s Chief Executive Sam Monaghan said: “Our schemes are a lifeline to older people who have told us that being a member gives them a greater sense of purpose, widens their social network and improves their mental health wellbeing. 97 percent of our members have told us we help reduce their loneliness and isolation.

“However our schemes are at risk of failing to help older people because they cannot afford to continue to participate in activities designed to support and help them.

“Despite the savings we make to the public purse, local councils are having to make tough decisions to cut services like ours which, even though they are integral to delaying medical intervention, are sadly not recognised in their true value.

“We urgently need support from the Government or through local councils to enable our work to continue and expand if we are to avoid the pressures experienced by older people being compounded. We are already having to fight for every penny of the grants we receive.”

The recent survey of MHA Communities showed that 94 per cent of schemes had heard members and residents express concerns about rising costs of living.

Half of MHA Communities schemes have said members are concerned about increasing transport costs. A number have already noticed a drop off in attendance due to transport costs increasing as well as having members express concerns that they might not be able to afford to continue to attend activities.

In addition, 46% of respondents found that members were asking for advice on how to deal with bills, debt and anxiety.

MHA is facing increased costs for running the schemes, including rising rents and room hire due to energy costs and grants from local authorities becoming increasingly harder to obtain as they cut back.

The rising costs combined with fewer members could put some schemes in jeopardy of having to close.

Sam added: “We are doing all we can to support our members, but are having to look at where we can save costs, such as providing meals in our lunch clubs using cheaper ingredients so members don’t have price increases they can’t afford, but there is a limit to what we can do without it starting to negatively impact on the work we do.

“Charities like MHA are constantly having to fight for an increasingly small amount of funding while at the same time having their costs rise.”