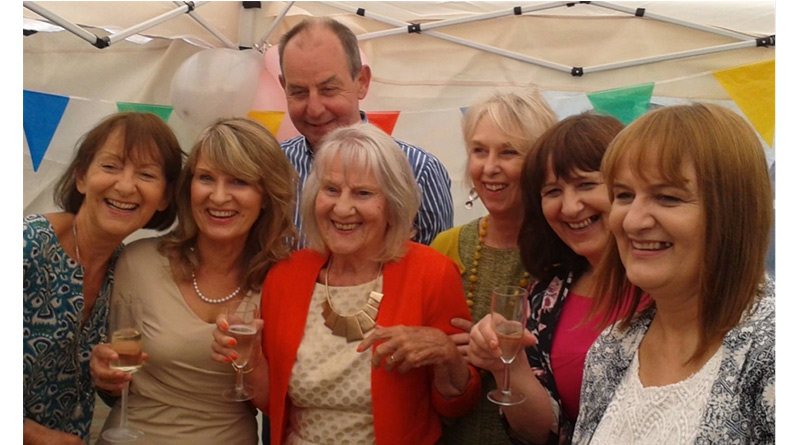 Borough Care is marking Mother’s Day (Sunday 22 March) with a host of celebrations at its eleven homes for older people in Stockport. Residents at Borough Care’s homes will be treated to a special buffet to celebrate the day.

Amanda Millett, an Activity Lifestyle Facilitator at Borough Care’s Meadway Court in Bramhall, will be saying a big thank you to her mum June Millett, a resident at Borough Care’s Shepley House in Hazel Grove. June has six children, sixteen grandchildren and is also a great-grandmother to eight. June loves nothing more than being surrounded by her family and having fun singing and dancing. Amanda says: “We are a close and loving family and my mum has done so much for all of us over the years. Family days, where we all get together, are infamous and we’ve had many happy get-togethers over the years, with mum at the heart of these. I, along with all my siblings, will be spending time with Mum and letting her know how much we appreciate her.”

Like many of her generation, times were hard but happy for June Millett growing up as the eldest of four. Part of her childhood was spent living on Stanlow Island, just off Ellesmere Port. Stanlow provided an idyllic home for June and her siblings, who explored the island freely. The same year June left school war broke out and she and her family were evacuated to Port Sunlight. The family narrowly missed a direct hit by a bomb that landed at the end of their road, resulting in them moving back to Stanlow Island to take their chances. During the war years, June worked at the Shell Oil Refinery climbing the huge tankers to measure the depth of oil within each one.

Following her marriage to Ken Millett, June enjoyed a happy home life. Despite being busy with six children to look after, June found time to attend exercise classes and French lessons, and also took up sewing. Together she and Ken hosted lots of parties, attended by their large extended family and many friends, and enjoyed evenings out dancing. Now in her nineties, June is still a lively character and continues to live a colourful life at Borough Care’s Shepley

House, where she takes part in the wide variety of activities put on at the home. She regularly spends time with members of her large family, who will be making sure she’s spoilt on Mother’s Day.