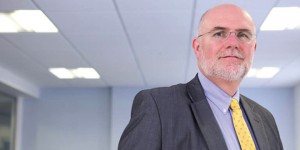 Ultimate responsibility for devolved healthcare services will remain with the health secretary, new laws will ensure.

However, following concerns raised by the BMA and others on the potential for the new law to dilute or remove accountability from the state, amendments were made in Lords.

BMA council chair Mark Porter (pictured) said that he welcomed the legislation’s ruling that key responsibilities for standards of care remained with the health secretary.

He said: ‘The provisions of this act means that we may see many more examples of English cities and regions entering into agreements that will see the devolution of powers over health and social care.

‘While many such deals are still at an early stage, it is hugely reassuring that the ideals and concepts of our NHS are recognised in the new legislation, and ensure that the national responsibilities of the health secretary remain in place.’

Clause 18 of the new act states that any devolution deal must not ‘transfer any of the health secretary’s core duties in relation to the health service’.

It also rules out the transfer of regulatory functions held by national bodies such as the Care Quality Commission and Monitor.

The act defines the health secretary’s core duties as those under the National Health Service Act 2006, which include duties to promote a comprehensive health service and keep health service functions under review.

The amendments were originally added to the bill by Labour peer and former health minister Lord Warner, who, at the time, credited BMA briefings in helping him draft his amendments.

A number of devolution deals are in discussion or under way across England, with Greater Manchester leading a pioneering bid to introduce devolved, integrated health and social care services.

Local authorities in Cornwall and north-east England are also considering deals that would see integration of these services.