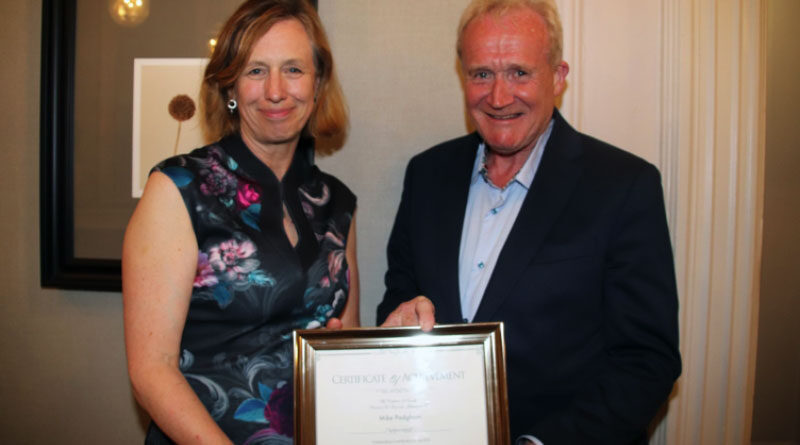 CARE providers face a frightening and uncertain future and will need to fight for better Government support, a celebration dinner was told.

The Independent Care Group (ICG) marked its 20th anniversary with a dinner and awards ceremony in York on Friday evening.

“There are challenges ahead – Covid-19 and the current cost of living and staffing crises continue to test our mettle.

“But we have shown amazing strength, fortitude and resilience over the past two decades and I know we shall do again.”

He said the Government had neglected social care during the whole of the previous 20 years and beyond and providers had to lift their voices to fight for change.

“Ambulances and their patients are queuing outside hospitals because there are no social care packages to enable other patients to be discharged,” he said.

“Social care is sick of being the bottleneck and we deserve better. Our amazing staff, who performed miracles on the front line in the fight against the pandemic deserve better.

“And the hundreds of thousands of people who are daily being denied care deserve better.

“The Government hasn’t fixed social care, even if it thinks it has.

“Boris says he is listening. Well, if he is, social care has plenty to say.
We must fight for a better future than the past.

“It took 15 years for the suffragettes to get votes for women – so everything worth getting is worth fighting and never giving up for.”

The ICG celebrated its 20th anniversary with a special dinner and awards event at the Principal York Hotel on Friday evening.

During the evening, the ICG presented awards to those who had supported the group over the past 20 years. They were presented by Alison Holt, the BBC’s Social Affairs Editor.

“We may not always agree on every issue, but on the whole, we rub along pretty well and during the pandemic this partnership has been incredibly valuable,” he told the audience.

Mr Padgham himself received an award for Outstanding Contribution to the ICG.