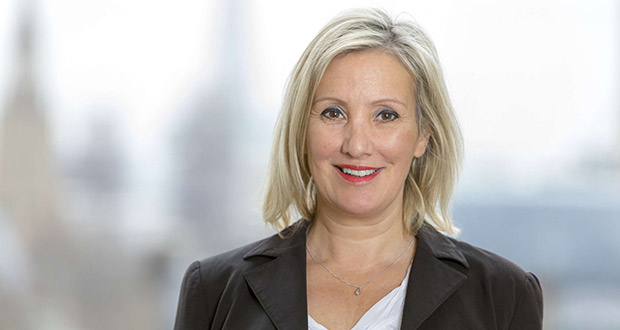 Retirement Communities have a major role to play in meeting the housing and care needs of our ageing population. The Government is committed to helping deliver more of them and they will feature in the Social Care Green Paper when it appears.

These were the messages from Care Minister Caroline Dinenage MP to 500 leaders of the housing-with-care sector at ARCO’s What Next? 2019 Conference at Royal Horticultural Halls, London.

The Minister said housing-with-care (commonly referred to as Retirement Communities) has never played a more important role in health and social care, helping to keep older people healthier, more active and less lonely, as well as freeing up family homes.

Now that care homes are increasingly focused on end-of-life care, the Minister added that Retirement Communities fill the gap between living independently at home and care homes.

She stated that the Social Care Green Paper will outline the role operators can play and that the Government is committed to helping to expand the supply of Retirement Communities, looking at measures such as a clearer definition for planners and appropriate legal and regulatory frameworks which guarantees residents’ rights – something ARCO has been campaigning for since its inception.

These sentiments were echoed in a message from Housing Minister Kit Malthouse MP, who called on the sector to be ambitious in its expansion plans, particularly in the mid-market and that he expected local authorities to take much more account of the housing needs of older people in their local plans and in identifying suitable sites.

Other key speakers included Sir Muir Gray, Director, the Optimal Ageing Programme, who called for a change to the language around care to promote active ageing, suggesting ‘retirement’ becomes ‘renaissance’ and ‘care’ becomes ‘wellbeing’. Janice Chia, Founder and Managing Director, Ageing Asia Alliance also spoke of the different types of retirement facilities in South East Asia and the initiatives to encourage exercise through competitions and even gambling.

“Today we heard a clear message that Government recognises the importance of our sector and wants – in fact needs – us to grow significantly over the coming years.

“We are delighted to hear that the Department of Health and the Ministry of Housing will work together to help increase supply, listening to ideas from the sector and unlocking our huge potential over the coming years.

“Our ambitious growth plans, which we refer to as Vision 2030, are already set to deliver billions of pounds of savings to the health and social care systems and to free up hundreds of thousands of houses – but we know we can go even further.”

“Our sector is ready to play a major role in tackling the housing and social care challenges at the same time. If the Government follows through on the commitments made today we will see an unprecedented boom in our sector over the coming decade. Hundreds of thousands of older people will benefit as a result.”