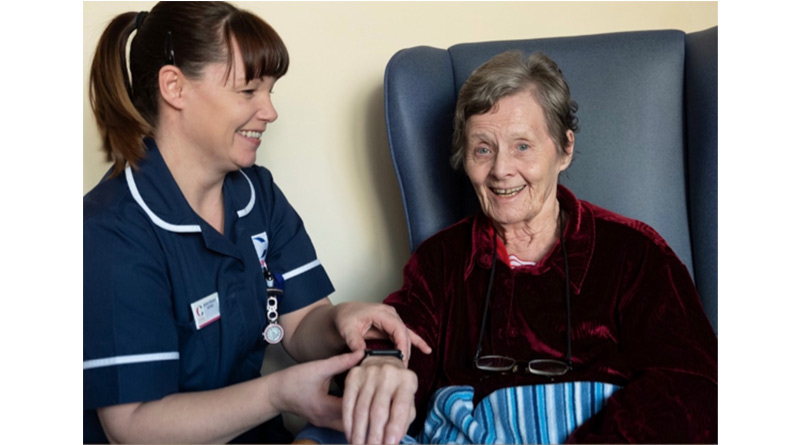 The lives of elderly residents at a string of North West care homes are being transformed by the latest technology, including VR headsets, Fitbits, iPads and the Amazon Alexa.

Staff at eight care homes run by Century Healthcare say many of their residents have been given a new lease of life after using the new technology, which is part of a digital support project being run by Redmoor Health.

Activities have included doing a virtual spacewalk and riding a rollercoaster ride thanks to a VR headset, doing Skype calls with relatives on the other side of the world to simply playing games and listening to music through Alexa.

Angela Killip is the operations manager for Century Healthcare, which runs eight care homes in the region in Fleetwood, Wirral, Chorley, Wigan and four in Lytham, and said they jumped at the chance of taking part in the project, which is being run on behalf of the Good Things Foundation.

Angela said: “Everything we do is about improving the wellbeing of our residents and enhancing their lives. A lot of them already have mobile phones so we wanted to see how we could open up technology to them.

“We’ve got a very mixed range of residents, some with dementia, some with mobility issues and we also have some end-of-life patients. Technology isn’t right for all of them but it’s improving the overall quality of life.

“Some residents find it uncomfortable having their blood pressure taken but the Fitbit can do it as easily as wearing a watch. Technology doesn’t have to be daunting. You can listen to music on an iPad or play colouring games but you can also Skype your relatives on the other side of the world.

“Some of our homes have VR headsets and residents can do a virtual space walk or swim under the sea. We have a number of end-of-life patients and if they want to go on a rollercoaster or walk on the beach one last time the VR headsets can recreate that.

“It’s a learning curve for staff too and but after getting involved we started a Facebook page for all of the homes so we can update residents’ families.”

Sam Pollitt is a Matron at Priory Court and said: “The Alexa has made a big difference. Residents will ask for a ‘bit of Elvis’ when they’re having their dinner. We encourage them to interact with Alexa and ask questions. They’ll ask about the weather or what time it is. I asked one resident what she wanted for dinner and she replied ‘I’ll ask Alexa’.”

Gillibrand Hall in Chorley has introduced sessions called ‘Techie Wednesdays’ to showcase the latest technology including the VR headsets.

Activity co-ordinator Nicola Martin said: “It’s just been the 75 th anniversary of the Holocaust and a 94-year-old resident mentioned it so we were able to download a virtual tour of Anne Franks’ house. It was really thought-provoking.

“Not all the residents understand the technology so we make sure it’s not invasive. One resident is a big fan of the TT Races and he uses the iPad to look at videos on YouTube.”