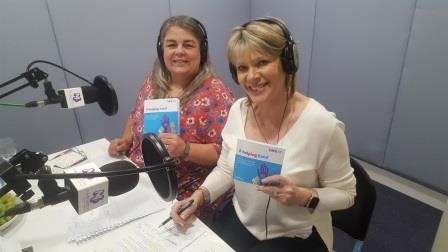 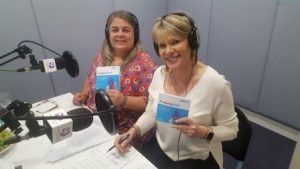 A survey which shows that more than half of people

who care for a loved one report feeling overwhelmed by their responsibilities has prompted the production of a brand new advice guide for people looking after a family member.

Care UK, which commissioned the survey, has published A helping hand – a free guide to support those who provide care to a relative or close friend, after also finding that more than a third of people (36 per cent) neglect their own wellbeing due to time being taken up by caring responsibilities. It is the fifth free guide the provider has published with others on communicating with those with dementia and eating in later life proving hugely popular with family carers.

The study contacted 1,000 people who care for someone over the age of 55.  It showed that they spend more than a day a week (2

6 hours) doing chores for the person they care for , 18 per cent reported saying they feel overwhelmed ‘all the time’ and a third said they neglect their relationship with their partner because of their unpaid caring role.

r Care UK, said: “The role of a family carer is far from easy, and it can take an immense toll on the carer’s own health and strength.

“We were surprised to find, for instance, that carers spend on average two hours a day visiting the person they care for, yet more than half (57 per cent) still feel guilty that they are not dedicating enough time to their caring responsibilities.”

Popular television presenter, Ruth Langsford, welcomed the publication of Care UK’s A helping hand guide. She said: “It is sad

but not surprising to hear about the pressure family carers put on themselves when looking after a loved one.

My mum looked after my dad for ten years as his primary carer before it got too much for her, and a guide such as A helping hand would have provided some help and comfort for us at a difficult time.

Ruth added “Carers can feel immense guilt when considering respite or full time care for their loved one – but it became clear eventually that it was what my dad needed. Once my mum sought help, she was able to become my dad’s wife again, rather than his carer. My dad received the 24 hour help he needed, and my mum was a new woman, and able to spend wonderful quality time with him again.

“Many people caring for someone hide just how overwhelmed they are feeling and often don’t ask for support. But it is important to know that caring for someone, in whatever capacity – from helping them after an operation, to doing their weekly food shop – all constitutes caring, and it doesn’t take much for the responsibilities and the pressure to build up.”

The survey found that, among other time spent on tasks, carers spend an average of nine hours a week cooking for their loved one,13 hours visi

ting their home, nine hours running errands, nine hours helping to clean or tidy, and eight hours taking their loved one out on social visits.

More than half of respondents (59 per cent) said they never or don’t often ask for help with their caring responsibilities, and of those, 72 per cent said it was because they feel it is their responsibility or their duty as a family member or close

Males are more likely to ask others for help with their caring responsibilities than females, with 46 per cent of men and 37 per cent of women claiming as such.

The survey also highlighted more than a fifth (22 per cent) of people surveyed said they last took a holiday two to three years ago, with 62 per cent stating their caring responsibilities limit the amount of time they have available to get away and take time for themselves.

The study revealed nearly two thirds (60 per cent) of those surveyed are aware they are entitled to help from the government, yet 56 per cent of carers receive no type of support in caring for someone.

Debbie added: “Caring for someone can take its toll both physically and emotionally. While the rewards often outweigh the bad, it still doesn’t stop

people from feeling isolated, and we want to remind people that if they’re caring for an older relative or friend that they are not alone.

“To support family carers, we have pooled the expertise of our colleagues and fellow carers to produce A helping hand – a guide full of practical and emotional advice and support.

The guide provides information on the rights of carers

A helping hand can be downloaded from www.careuk.com/helpinghand

and free copies of the guide can also be picked up from any Care UK care home. To find your nearest care home and information on any forthcoming advice events, visit careuk.com/care-homes