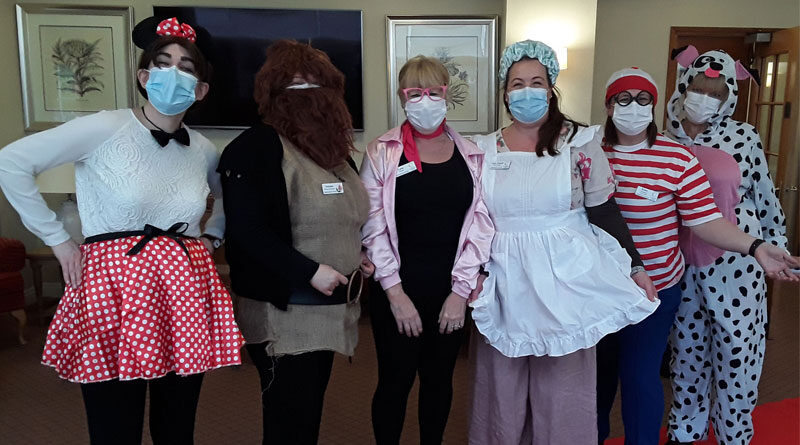 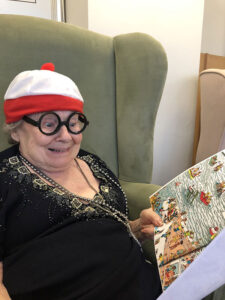 Residents and staff at a Dorset care home got well and truly into character as they celebrated the World Book Day annual celebration of reading.

Hagrid from the Harry Potter stories and the hedgehog washerwoman Mrs Tiggy-Winkle from Beatrix Potter were among the literary favourites gracing a red-carpet catwalk at Colten Care’s Outstanding-rated Amberwood House in Ferndown.

As each character appeared in costume for the parade, backed by clues to their identity given in song, assembled residents were invited to guess and shout out their names.

The laughter began immediately when Mrs Tiggy-Winkle, aka Home Manager Diane Nicholls, was misidentified by one audience member as Old Mother Hubbard.

And on seeing Companionship Team Leader Kirsty Richmond Cole dressed as Wally from the Where’s Wally books, several residents were invited to don the trademark hat and glasses too.

Kirsty said: “We all got excited about picking these much-loved characters and finding outfits to dress up in to bring them to life. It certainly sparked a lot of interest, with smiles and laughter all round.“ 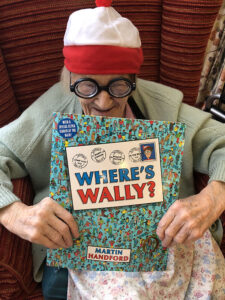 Companionship Team member and musical entertainer Rebecca Osborne was on the catwalk dressed as Minnie Mouse while the prize for the best costume – a hamper of pamper treats – went to Housekeeper Diana Skee for wearing a head-to-toe ‘101 Dalmatians’ outfit.

Kirsty added: “Most of our residents are pet lovers and were amazed she wasn’t too hot in all that get-up.”

The day finished up with a quiz in which residents were invited to match a series of characters to the books that made them famous.

Resident Joan Harris said: “It was just wonderful to see all the staff and residents join together to have so much fun.”

World Book Day is an annual celebration of reading marked in more than 100 countries. It was first held in 1995 and is an initiative of UNESCO, the United Nations Educational, Scientific and Cultural Organisation.