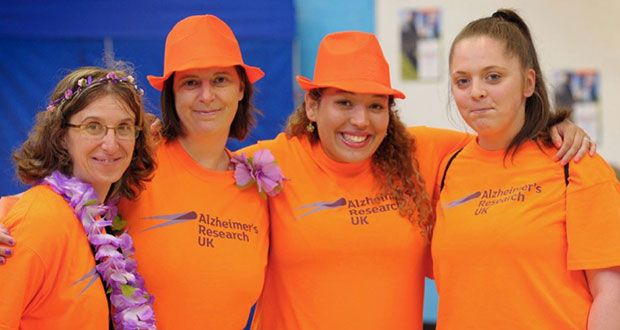 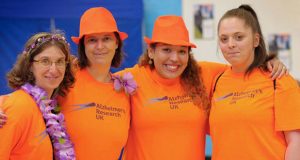 Fundraisers in the Cambridge area are being asked to come forward to join a new fundraising group to support Alzheimer’s Research UK, the UK’s leading dementia research charity.

The charity is looking for volunteers with a range of skills to help the group, which aims to raise vital funds and awareness for dementia research.

Members can get involved in a variety of ways, such as getting stuck into fundraising challenges to raise money for pioneering research, representing Alzheimer’s Research UK at events or spreading the word about the charity within their local communities.

Alzheimer’s Research UK regional groups play a crucial part in the fight against dementia, which currently affects over 8,000 people in Cambridgeshire alone.

A free introductory event has been organised for people to find out more about the group on Wednesday 22 February at 7.30pm at The Royal Cambridge Hotel, Trumpington Street, Cambridge, CB2 1PY.

The evening will include a short talk from a scientist about the charity’s work, examples of how people can get involved and upcoming events as well as light refreshments.

The group has just launched with a number of members already signed up, who are looking forward to welcoming others to the group.

One member is Sarah-Jane Cousins, who was inspired to join the fundraising group in honour of her mum Bibby, who died with Alzheimer’s in 2010, after being diagnosed in 2003.

“I miss my mum so much. Initially, one of the most upsetting things for her was having to give up driving. She lived on her own, having lost my dad years earlier but she was very much part of her local community. Not being able to drive anymore was very restrictive.

“Over time she got progressively worse. It was such a difficult decision to make to put Mum into care because she had always told me she never wanted to go into a home. I still struggle coming to terms with it.

“Although her mobility became increasingly difficult and she couldn’t really speak, she knew us all right up until the end and she loved my daughter Poppy – a big smile would spread across her face at the sight of her little granddaughter. It’s so upsetting to know that Poppy will never know her.

“I want to do everything I can to help Alzheimer’s Research UK find a cure for dementia. It would be great if others could join me to put a stop to this horrible condition.”

Alzheimer’s Research UK Regional Fundraising Officer for East Anglia, Jessica Sayer, will be on hand to provide advice, materials and assistance when needed. She said:

“There are 47 million people across the world living with dementia.

“The condition can have a huge impact on families and it’s important to us at Alzheimer’s Research UK that communities have the opportunity to come together and get involved with supporting dementia research.

“Regional fundraising groups are vital in helping us to defeat dementia, both through raising funds and helping to spread awareness of this cruel condition. I look forward to welcoming new members to the group.”

Alzheimer’s Research UK powers world class studies focusing on prevention, diagnosis and treatments for dementia. There are 850,000 people living with dementia in the UK and this number is expected to rise to over one million by 2025.

Anyone wishing to get involved can contact Jessica Sayer on 07789006929 or email jessica.sayer@alzheimersresearchuk.org.

For further information about Alzheimer’s Research UK, or to find out more about fundraising for the charity, call 0300 111 5555 or visit www.alzheimersresearchuk.org.