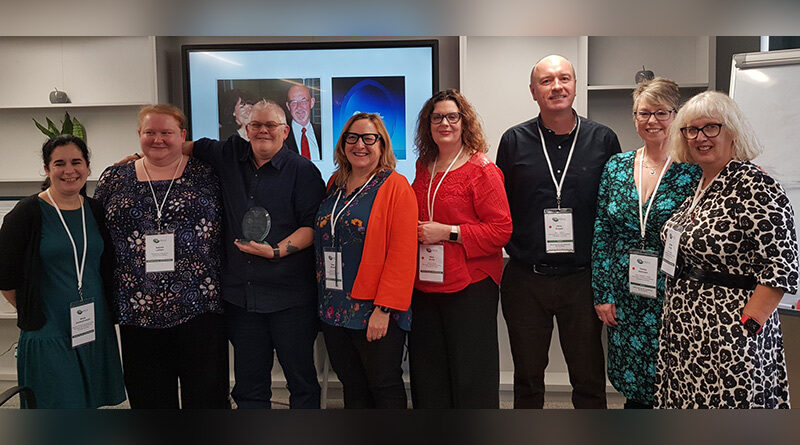 ‘A huge congratulations to Stuart Wright’ 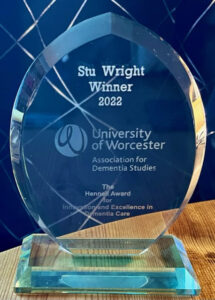 Announced via an emailed letter to Stuart in September 2022, Stuart was informed he had won the award due for his dedication, passion and research into person-centred dementia care.

The Hennell Award for Innovation and Excellence in Dementia Care was launched in memory of the late Brian Hennell. The award recognises people who have significantly contributed to promoting person-centred care.

Dr Chris Russell Senior Lecturer, Association for Dementia Studies, University of Worcester said in a letter addressed to Stuart: “The panel agreed that your passion for this area of practice shone through, and that you demonstrated clear and inspirational leadership qualities which had significantly influenced all that was achieved. Every member of the panel wishes you well in your continuing endeavours.”

Stuart Wright has worked in the health and social care industry for more than 30 years and has worked with Brunelcare for 20 years. Stuart is responsible for the Charity’s direction and strategy for dementia care across all areas.

Among other initiatives, Stuart has developed and implemented a human rights framework and standard for people living with dementia and introduced and rolled out “FITS into Practice”, (Association of Dementia Studies Worcester University). Stuart specialises in the management of behavioural and psychological. symptoms of dementia (BPSD) and leads Dementia Care provision across the Charity.
Stuart was presented the Hennell Award at the UK Dementia Congress on Wednesday 09th November.

Stuart Wright, Dementia Care Lead at Brunelcare, said: “I am honoured to receive this year’s Hennell Award. I appreciate this recognition of my work, and also the recognition it brings to the work of my colleagues across Brunelcare who each day strive to deliver the very best care they can for people living with dementia.”