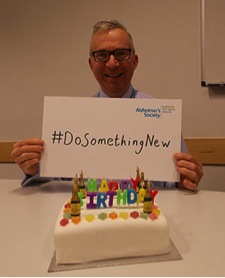 Most people are living unfulfilled lives, suggests a survey carried out by Alzheimer’s Society to mark Dementia Awareness Week (17-23 May).

Over half of the British public (57 per cent) say they want to try out new activities or hobbies. However, less than a third have done so in the last year – citing lack of confidence, laziness and lack of time as the main reasons holding them back.

Seeing the Northern Lights, going on safari and swimming with dolphins were selected from a list as the top three experiences people would like to try in their lifetime. Yet over four in ten adults said they didn’t try out new things because they were too busy (46 per cent) or had no-one to do them with (40 per cent). Over one in three admitted they were too lazy to try something new while 30 per cent thought they would be no good at a new activity/hobby.

Over half (59 per cent) of people also said they are worried that developing dementia would prevent them from enjoying new experiences at all. This Dementia Awareness Week, Alzheimer’s Society is highlighting that life doesn’t have to end when dementia begins, and is encouraging people to do something new.

‘People post selfies on social media every day to tell their friends and followers about exciting things they’re doing. Alzheimer’s Society’s survey exposes that people’s lives are often more run-of-the-mill and less adventurous than the impression given out on Facebook, Twitter and Instagram.

‘Taking part in new activities is important for everyone. It helps build confidence, enhance emotional wellbeing and creates positive memories. As dementia progresses, a person’s ability to do challenging, new activities reduces but they still experience joy and pleasure – like anyone else.

‘Even the simplest things can help people with dementia feel connected to the world and the people who matter most. While they may not remember the details, the positive emotions remain. That’s why Alzheimer’s Society works tirelessly to help those affected by dementia stay connected through our services and support.’

Joyce, from Gloucestershire, is the daughter of Margaret Sun (89) who was diagnosed with Alzheimer’s disease in 2012. Speaking about her mother’s dementia, Joyce said:

‘After my mother’s diagnosis, I was determined to help her have the best quality of life and asked her to make a list of things she still wanted to do or experience. To my surprise, mum said she had always wanted to go on a safari.

‘People told us that there was no point taking her on a safari trip because she wouldn’t remember. That’s not the point. People with dementia can still experience enjoyment in life. From the moment we arrived in Kenya we noticed a change in mum’s behaviour and her character blossomed. It gave us so much pleasure seeing her enjoy the trip and we were overwhelmed with the impact the safari adventure had on her.’ 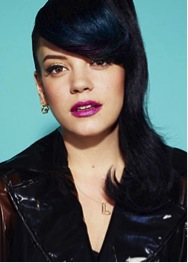 ‘I shared some great times with my Grandad and one of my fondest memories was travelling to Hamburg with him to watch our beloved Fulham FC play in the Europa League final. While dementia is a cruel disease, people can still enjoy experiences, even as their memory fades. That’s why I’m supporting Alzheimer’s Society’s Dementia Awareness Week. Life doesn’t have to end when dementia begins so why not get involved in highlighting this important issue by ‘Doing Something New‘ during Dementia Awareness Week.’