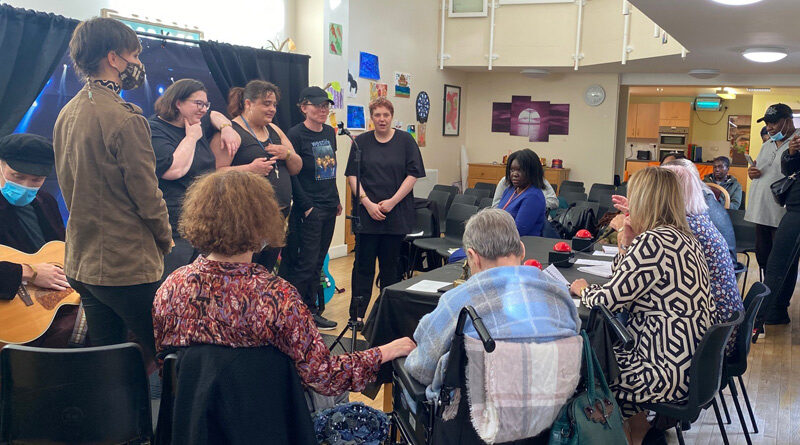 An X Factor-style contest came to a Tower Hamlets care home – with residents singing their hearts out to songs by Neil Diamond, Beyonce, Westlife and many other artists.

Coxley House’s lounge was transformed into the global franchise’s studio for the day – with singers performing on a stage with black curtains and the famous X factor sign.

Audience members were up on their feet singing and dancing as ten residents from various L&Q Living schemes took the microphone to show off their vocal skills.

Dane Richards, 36, hit all the right notes during his winning performance of self-wrote rap, ‘Dance Floor’.

Bolstered by coming out ‘top of the pops’ and channelling his inner Eminem, Dane said: “I was very happy to perform and overwhelmed with the response I got from the judges.”

Dane has lived at Foundry Mews, an L&Q Living supported living scheme in Walthamstow, for five years and attends weekly art sessions to pursue his passion for music.

For runner-up and first-generation immigrant, Shahjahan Ali, 62, music reminds him of his life before the care home – a memory made more poignant by his family’s attendance.

Ali said: “I love singing and it meant a lot that my family could be here to see me win a prize.”

In true talent show style, the care home contestants took part in rehearsals with professional musicians, Amber and Harvey, in the lead up to the competition. 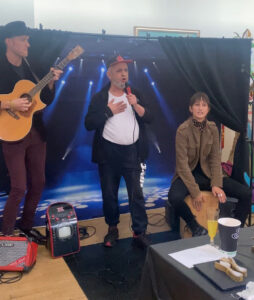 The judging panel consisted of L&Q Living’s senior management team members, Debbie Cook and Trudi Tayeg. Unlike their celebrity counterparts, the panel ditched the show’s theme of brutal honesty in favour of praise for all the contestants.

Ferdous Khanam, Scheme Manager at Coxley House said: “There was a real buzz at Coxley Houses during the show. Seeing the residents’ faces as they enjoyed the singing was priceless, and it was fabulous to see family members sharing in the fun too.”

Fortnightly music sessions led by Amber and Harvey have been running at the care home for adults with mental health issues since 2017.

The benefits of music have long been known in the research community and are now gaining traction among carers in the housing sector too. Less distress, better state of mind, increased socialising, and improved communication are some of the many outcomes achieved for residents living at the East-London-based home.

Ferdous continued: “It is easy for care home residents to feel bored and isolated. Rather than being slumped on sofas and watching TV, they need something engaging to occupy their minds and bodies. When we have the music sessions, it brightens their day and brings everyone together for a fun activity.”