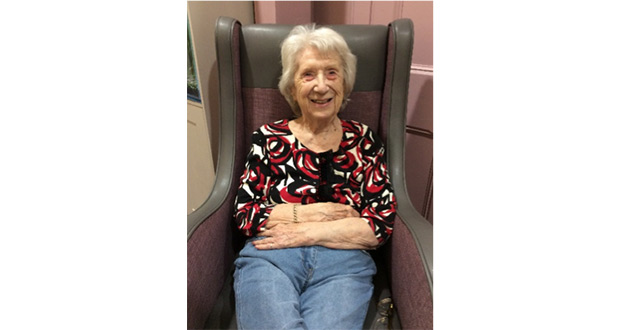 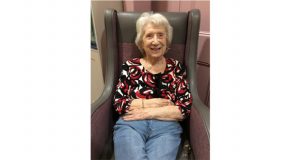 Esme who is a resident at Chatterwood and who is known as Betty recently went to Bletchley Park for a Veterans reunion where she had a tour around and said it was lovely to go back and meet up with other veterans.

Betty said the old huts that she worked in hand all gone and had been replaced by modern buildings. Whilst Betty was there she was asked by the BBC to do a short interview about her time working at Bletchley Park leading up to Remembrance Day. The interview was 8 minutes long and a small Part of the interview was shown on BBC on the 9th November 2018. The programme was Home Front Heroes

During the war Betty originally applied to be a volunteer for the wrens but the wrens were closed except for cook positions but was asked to go to Bletchley Park to work for the Foreign Office for the last 18 months of the war.

Whilst she worked at Bletchley Park Betty lived in Bedford and travelled by bus to work each day. Her passion was transferring messages that looked like nonsense into German by a machine called the Enigma.

Betty said her most favourable story was when a young naval office was on night duty and who always at next to her on the bus going home took his hat off and put his head on her shoulder and immediately went to sleep all the way to Bedford it was a ritual that happened everyday.

After the war Betty was offered a job at the Foreign Office but applied to join the Admiralty and was employed as a Personal Assistant for the Naval Secretary to the First Lord of the Admiralty and later was given an MBE for the services to the Royal Navy.