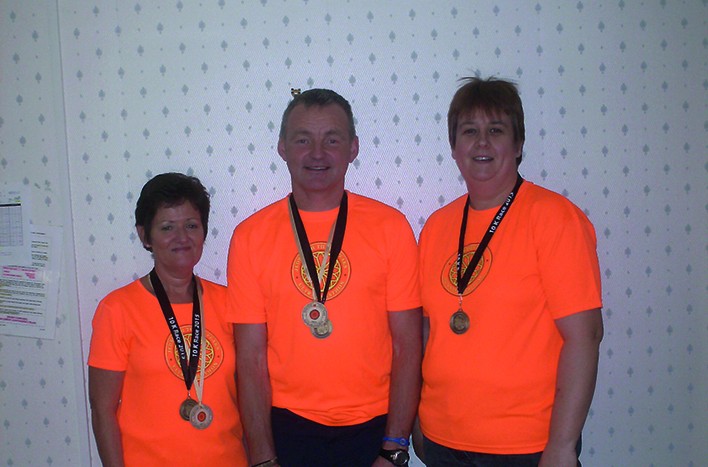 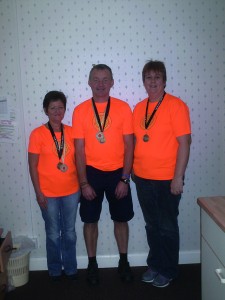 Staff at a Jedburgh care home have made strides towards securing an even brighter for the residents they work with thanks to their fundraising efforts.

Brian, having only completed half marathons before took part in the most gruelling event of the weekend – the Jedburgh Three Peaks Ultra-Marathon – a run which at 38 miles is roughly the same distance as driving from Edinburgh to Stirling.

Brian said: “It was difficult, but the thought that I was doing something to help the residents at Milfield Gardens lead happy and fulfilled lives got me through it.

“The development was fantastic with my mother-in-law and I really wanted to give something back.

“Running the Three Peaks course was a great experience, I was able to take in the stunning Borders scenery while taking on the Eildon Hills and some difficult off-road terrain, I am so glad I decided to take part.”

Cath said, “It was hard work but we’re so pleased to have been able to raise so much money, which will be used to enhance and enrich the lives of residents at Milfield Gardens.

“They’ve all been so encouraging. Both before and after the run, I nipped in to see the residents and it was lovely to hear the messages of support and congratulations.

“I really enjoyed the experience and was so glad to contribute to something which I knew would be so beneficial.”

Cath, Brian and Brenda did the residents proud helping to raise more than £450 for the development and it’s not the first time Bield’s staff have gone beyond the call of duty in aid of residents.

In 2013 Cath and her colleagues were generous enough to take part in a 52 mile cycle from Edinburgh to the Jedburgh care home to raise funds.

All the money raised from these events goes directly back into Milfield Gardens to pay for extras such as mini bus hires to get tenants out and about more often.

Bield operate a ‘Free to Be’ policy, meaning residents are encouraged to live the lives they want while having the option of support when needed. So staff at Milfield Gardens consult residents when spending the hard earned funds and take on board suggestions from everyone as to where the money should be directed, whether it’s on extra equipment that Bield can’t supply or wee extras for leisure time.