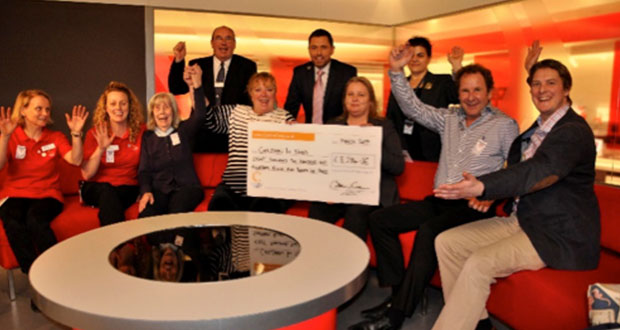 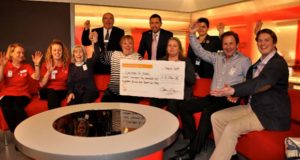 Care home residents enjoyed a personal, behind-the-scenes tour of the BBC’s Southampton studios as a thank-you for raising more than £8,000 for Children in Need.

They also heard from BBC Radio Solent producers about the latest developments in broadcast technology.

Belmore Lodge resident Bill Marks said the visit was a fascinating way to round off the homes’ fundraising campaign, adding: “It was amazing coming in and seeing the changing technology. It’s obviously all moved on from the reel-to-reel tapes I’d normally associate with a studio.”

Despite using a wheelchair, Bill supported Children in Need by taking part in a sponsored stationary bike ride challenge, completing a mile’s worth of turns using his hands. He said: “I’m always happy to help children who are disadvantaged as they deserve the best of luck in life.”

Colten Care has a deliberate policy of linking activities programmes at all 20 of its homes with fundraising for charities chosen by residents.

The three Lymington homes together raised £8,214 for Children in Need at the end of 2016.

As well as the stationary bike ride, team members devised a photo caption competition and held a gala ball and auction at Lymington sailing club.

Pam Bacon, South West Regional Officer for BBC Children in Need, said: “It was lovely to welcome such kind-hearted people and show them round our studios. The amount they raised is fantastic and we thank them for such a brilliant effort.”

Janie Pearman, Home Manager at Belmore Lodge, said: “Our residents and team members truly value being part of the community and helping worthy causes. Once we knew they wanted to support Children in Need, we all got behind it. The studio tour was a great way to recognise what everyone has achieved and we’re so grateful to those at the BBC who helped make it happen.”

The 2016 BBC Children in Need appeal raised a record £46.6 million nationally by the close of the broadcaster’s telethon last November. The final total will be available in June once all donations since then have been counted. The money goes towards helping disadvantaged children and young people across the UK.