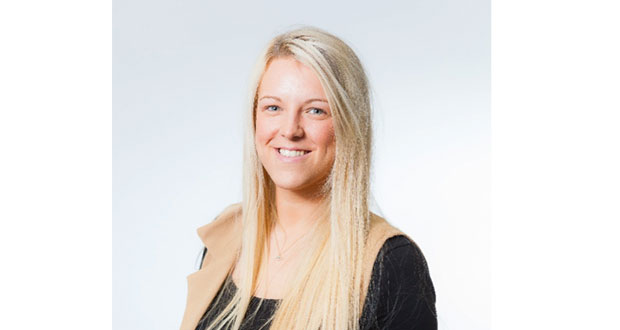 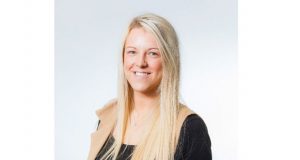 Balhousie Care Group has appointed its youngest ever care home manager to its Ruthven Towers home in Auchterarder.

Jozi Stables, 26, who heads up 36 full-time and part-time staff, was formerly assistant care home manager at Ruthven Towers. She joined the home in June 2015 after working in learning and development at Balhousie Care Group’s head office in Perth.

Jozi began working in the care home sector at age 14 as a part-time dishwasher. Her first job with Balhousie was as a shift leader in Huntly, Aberdeenshire. Having completed distance learning courses in health and social care and Scottish Vocational Qualifications, Jozi is now working on a Leadership & Management in Cares Services qualification.

Jozi was a recent finalist in the Scottish Care Awards for a training and development programme between Balhousie and the Prince’s Trust Scotland. Balhousie, with 25 care homes across the north east of Scotland, joined forces with the Trust earlier this year to offer young people the opportunity to train for a career in the care sector. Jozi worked with seven young people who were on a five-week training programme.

Balhousie Ruthven Towers has just achieved grade 5 ratings from the Care Inspectorate, which rated staffing, management, care and environment as all “very good”.

“I knew from an early age that I wanted to work in the care sector, ever since starting in a care home part time as a teenager. Having worked in learning and development and now managing my own care home, I’m delighted to be in a position to help raise awareness about working in the care home sector.

“By introducing young people to the industry in partnership with organisations such as the Prince’s Trust, we’re able to open up the care sector to people who perhaps wouldn’t have considered it before. I’m also thrilled to be working with such experienced staff at Ruthven Towers, some of whom have been there for more than 20 years.”

“Jozi’s promotion to care home manager is well deserved. She brings energy and enthusiasm to the role, and it rubs off on staff and residents. She also makes her job, and working there, fun. That includes innovative steps like introducing Mr & Mrs style game shows to staff.”