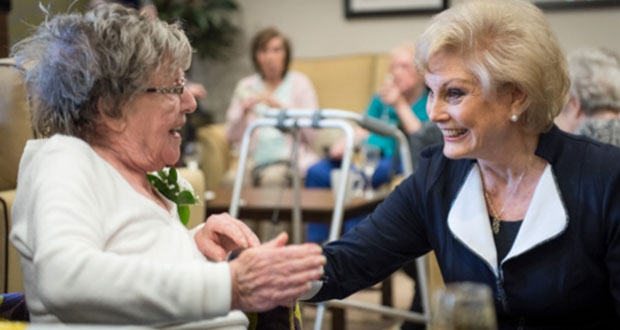 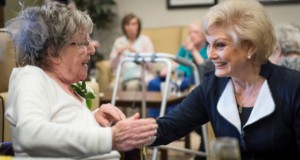 Alzheimer’s Society Ambassador Angela Rippon has been awarded a CBE for services to dementia care in the New Year’s Honours list.

Angela has been inspired to help the 850,000 people living with dementia in the UK by her own experiences of caring for her mother Edna, who was diagnosed with dementia in 2004 and sadly died in 2009.

The broadcaster, journalist and presenter is a dedicated supporter of Alzheimer’s Society and became an official Ambassador of the charity in 2009.

Angela has also backed Alzheimer’s Society’s flagship fundraising campaign, Memory Walk and supported the Counting the Cost campaign, which aimed to improve the quality of care for people with dementia on hospital wards

‘This award is such a huge honour. It’s also confirmation that all the hard work that’s been done by thousands of Alzheimer’s Society volunteers all over the country is really making a difference to the lives of those individuals and families who are living with dementia.’

‘No one who volunteers for any charity ever does so in the expectation that they will receive any kind of honour or recognition. We do it to put something back into our communities, and hopefully to make a difference.’

‘So I am humbled and privileged to think that the team with whom I work on the Prime Minister’s committee to create Dementia Friendly Communities nationwide feel that I have – in some small way – made a difference – and will continue to do so.’

‘Angela is a tireless Ambassador for Alzheimer’s Society. On television and face-to-face she inspires millions to understand dementia better and support some of the most disadvantaged in society today. It is much-deserved recognition.’