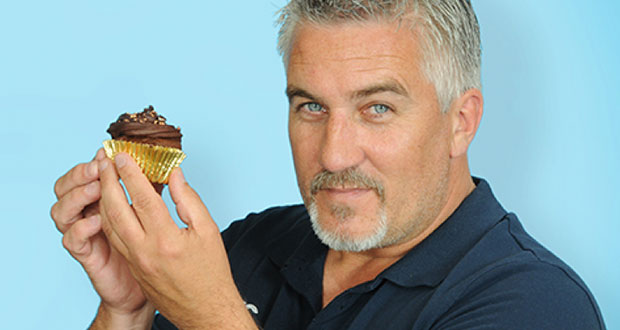 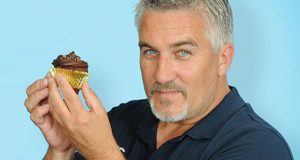 Paul Hollywood is calling on everyone to join in celebrating Alzheimer’s Society’s first ever Cupcake Day on Thursday 16 June, in association with woman&home, a day dedicated to raising funds to defeat dementia with the small but mighty cupcake.

Alzheimer’s Society surveyed 2,000 people to find out what their ultimate dream cupcake would be – people could choose their flavour in three categories: cake, filling and topping. The top flavours voted for were chocolate, chocolate and more chocolate!

Paul Hollywood, BBC’s Great British Bake Off judge and Alzheimer’s Society supporter, wasn’t surprised to find out that the UK are chocolate fanatics, though he revealed his own passion for zesty flavours. As he held the UK’s ultimate dream cupcake created by woman&home, Paul said:

‘This chocolatey cupcake looks delicious! Lemon and lime are my favourite flavours so for my signature Cupcake Day bake, I’d create a lemon drizzle cupcake with a lemon curd filling and a lemon crust to top it off.

‘I’ve seen the pain that dementia has brought to friends of mine and I want to do all that I can to raise awareness of how people can help. Everyone should get baking for Alzheimer’s Society’s Cupcake Day – just try and sell some and not to eat them all yourself – every cupcake counts!’

Everyone is encouraged to bake, sell or buy cupcakes at events up and down the country. From organising a sale at a school to hosting a get-together at the weekend, it’s easy to get involved. Every cupcake sold will help Alzheimer’s Society find a cure for dementia, fund vital services and campaign for the rights of people with dementia. £60 would pay for a dementia research-focused blood test, £20 would pay for someone to attend an Alzheimer’s Society Dementia Café for a month.

‘Given the vote for chocolate, chocolate and more chocolate, I’ve created a very chocolatey brownie cupcake recipe to inspire all bakers to create something truly mouthwatering for Cupcake Day and help them raise money to defeat dementia. Not a soggy bottom in sight!’

‘850,000 people in the UK have dementia and this is set to rise to over 1 million by 2021. Whether you bake, sell or simply buy as many cupcakes as you can, join the cupcake crusade to raise money and help us defeat dementia. Every cupcake counts.’

Sign up for a free Cupcake Kit and discover how to bring your own unique style to the table.