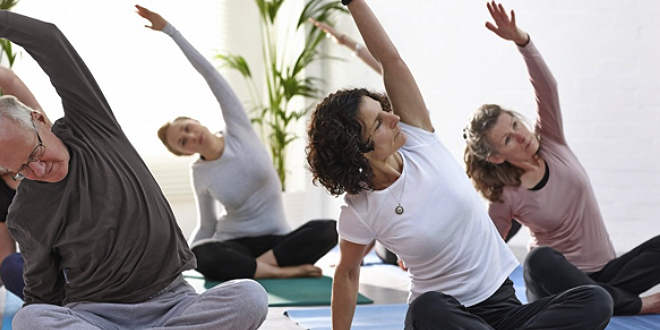 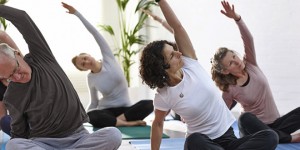 Budding yoga enthusiasts and newcomers alike are invited to limber up for a national event launched by Alzheimer’s Research UK to raise money for vital dementia research.

The UK’s leading dementia research charity is launching Yoga for Alzheimer’s, an initiative encouraging people to get into their favourite yoga positions while raising money to help find treatments for dementia, which affects 850,000 people nationwide.

The initiative will take place at 16 venues across the UK from Sunday 12 June 2016 to International Yoga Day on Tuesday 21 June 2016.

West London’s Bush Hall, one of the big city’s favourite music venues, will host a yoga session for up to 50 people on Sunday 12 June between 2pm and 5pm.

Alzheimer’s Research UK is encouraging people of all abilities to sign up via the Yoga for Alzheimer’s website at www.alzheimersresearchuk.org/fundraising/yoga-for-alzheimers/

Tickets are £15 each, with 100 per cent of the profits going to Alzheimer’s Research UK. Those taking part are also encouraged to raise a minimum of £100 in sponsorship.

Yoga for Alzheimer’s organiser Ingrid Stone came up with the idea of hosting a yoga event in 2015 to raise money for the charity after her mum Valerie Blumenthal was diagnosed with Posterior Cortical Atrophy (PCA), the same rare variant of Alzheimer’s disease that affected Alzheimer’s Research UK patron and author Sir Terry Pratchett.

After the success of last year’s event the initiative has been rolled out nationwide to include most major cities in the UK.

“I can’t believe all the support we’ve had for Yoga for Alzheimer’s so far, it’s been incredible.

“Now we need everyone to get on board for this year’s event and sign up to raise money for vital research into dementia.

“The event was designed to be inclusive. We know not everyone can run a marathon, but if everyone can put forward one to three hours of their time to try something they’ve never done before then we’ll be one step closer to defeating dementia.

“Equally, if you practice yoga regularly why not take part in your favourite activity and raise money for a great cause at the same time?”

If supporters would like to get involved but can’t make the session, they can sign up and take part in their own yoga sessions from home.

If beginners are completely new to yoga and are unsure whether it is for them they can speak to their GP before signing up.

Alzheimer’s Research UK can provide a fundraising pack and plenty of support ahead of the event.

“At Alzheimer’s Research UK we are grateful to each and every supporter who has helped to raise money towards our scientists’ pioneering research.

“One in three people over 65 will die with some form of dementia. It can only be defeated through research but funding lags far behind other serious diseases.

“We are very proud to be hosting inclusive events and those signing up to Yoga for Alzheimer’s are going to have a fantastic afternoon of yoga taught by some very skilled teachers.

“We hope supporters in London will grab their yoga mats and join us in the fight to defeat dementia.

“The money raised will make a real difference, bringing us ever nearer to finding new preventions and treatments through the world-class research we fund.”