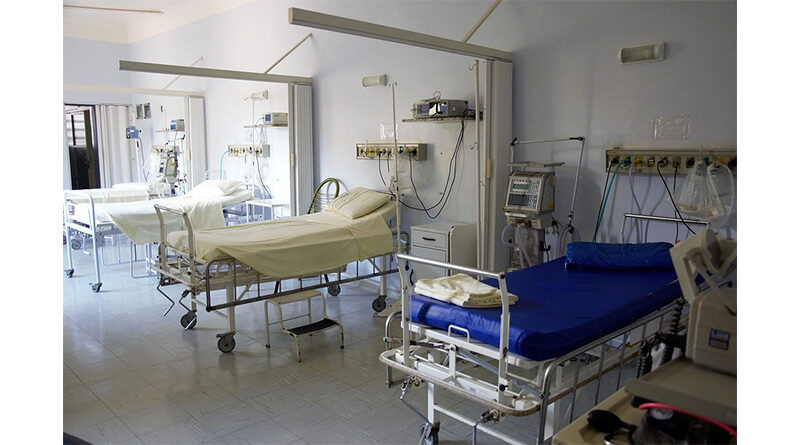 New figures, released by end of life charity Marie Curie, show nearly half of the UK “personally know” someone who has died during the pandemic (47%).1 Amongst those bereaved since March 2020, respondents had lost a family member (28%), acquaintance (26%), friend (24%) or work colleague (13%).

The survey highlighted the emotional toll of loss in the UK, with 56% of those bereaved reporting that they had “not had a chance to grieve” or “fully process” their grief. Almost half (47%) believe the public “will not be able to fully understand” the emotional impact of the pandemic until it is over.

Amongst Black and Minority Ethnic (BAME) respondents, a higher percentage had experienced loss (68%) than those who were white (45%). Amongst bereaved members of the BAME community, 62% did not feel they had a chance to grieve or process their grief.

The statistics are released one week before the National Day of Reflection (23rd March), spearheaded by Marie Curie. The event will mark one year since the UK’s first lockdown, and will encourage a moment to connect with those bereaved, and reflect on lives lost.

There will be a nationwide minute’s silence, at midday, to reflect on those who have died and show support to the millions of people coping with loss. Across the UK, prominent buildings and iconic landmarks, from Tate Britain to Welsh Parliament, will light up at 8pm.2

Despite the scale of loss facing the nation, the statistics showed that  almost half of respondents (45%) believe the pandemic has made us more “empathetic and kind”, whilst a third believe the nation is acting “more thoughtfully” (30%). A similar number believed that more of us now think about the most vulnerable members of our society (32%).

The National Day of Reflection will be an opportunity to tap into the nation’s empathy, with community-led initiatives taking place across the UK on March 23 including planting flowers, art displays in windows, special services, candle and lights on doorsteps at 8pm, yellow ribbons wrapped around trees, and many other activities and acts of reflection, support and hope. 3 On the day, there will be a series of free online talks and conversations featuring expert panels, bereaved families and celebrities throughout the afternoon of 23 March, produced by the Good Grief Festival.4

Marie Curie hopes the National Day of Reflection will also start important conversations around end of life, and encourage those grieving to reach out for bereavement support.

“Millions of us have been unable to say a proper goodbye or comfort our family, friends, and colleagues in their grief. With so many having experienced the death of someone close, our shared sense of loss is incomparable to anything faced in living memory.

“Although these absences will be felt for years to come, the National Day of Reflection gives us a moment to contemplate our collective loss, as well as take time to support those close to us, who are dealing with feelings of isolation and bereavement. Please join us in a minute of silence at 12 noon to reflect on the lives cut short during the pandemic, and show those struggling with grief that they are not alone.”

“Coming out of the toughest year in the Health Service’s entire history, we need to reflect on the pandemic’s deep toll, mourn those we’ve lost, and mark the service and sacrifice of staff throughout the NHS. It’s also a moment to acknowledge how in adversity we saw strength, as friends, neighbours and communities have come together to help each other through the nation’s worst ordeal since the second world war. While we need continuing vigilance against this virus, the remarkable NHS vaccination programme now brings hope of better times to come.”

“This has been a year of unprecedented challenge and one in which time and again the hundreds of thousands of people working across the health and social care sector have stepped up under extreme pressure.

“For so many of us this has also been a year of personal loss. Across the Care Quality Commission we will be inviting colleagues to reflect, connect and share their experiences. Supporting each other, whether at work, at home or in our wider communities has never been more vital.

“The challenges are not over, and it is essential that each of us continue to play our part.”

Over 670,000 people have died in the UK over the last 12 months, over 139,000 of those have been covid related. Marie Curie estimates that over 6 million people have been bereaved since the pandemic began, and many have been unable to say goodbye to loved ones or grieve properly. The Day will allow us all to commemorate those who have died, and bring the UK together to pause, reflect and support each other this month and in years to come.”

“I am supporting this day of reflection because it is right that we take a moment to think about how this last year has affected all of us. By pausing in our busy lives, it will give us the much needed space to remember those people who have died and acknowledge how hard it is for everyone who has lost someone they care about, whether it is a relative, friend or work colleague.”

“Although things are improving, we still have some way to go before life returns to how it was before the pandemic and sadly we may still see people passing before their time. It is an opportunity too, to look to the future when things will be better and celebrate the lives of people we have lost.”

To find out more about the National Day of Reflection visit www.mariecurie.org.uk/dayofreflection. #DayofReflection