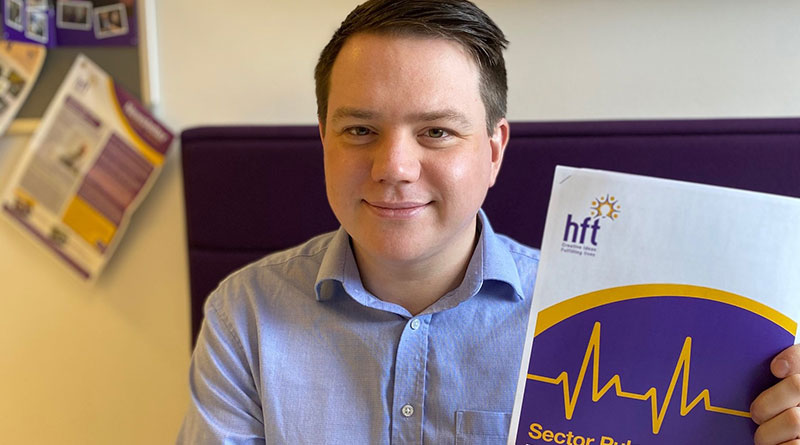 The number of social care providers who say they have been forced to cut support for vulnerable adults has doubled in the last 12 months as a direct result of financial pressures, according to a newly published report.

According to independent research commissioned by Hft, a national charity supporting adults with learning disabilities, one in five organisations reported offering care to fewer individuals as a means of balancing the books (a rise of 12 percent from 2018), with 95% citing rising wage bills as the main drain on resources.

A third of providers (33%) cited having to shed staff in the past year, while almost half (45%) have closed down some parts of the organisation and/or handed back contracts. 52% expected to have to do so in the future.

The research is Hft’s third annual Sector Pulse Check report, carried out by independent economics and business consultancy Cebr, and was the first of its kind to focus primarily on learning disability providers. Based on survey analysis from social care providers, it provides an annual snapshot of the financial health of the social care sector over the past year and an indication of how providers anticipate the next twelve months will progress.

In last year’s report, 11% of providers warned further cuts in funding could lead to a reduction in the quality of care.  This year, 43% of providers said that they had witnessed a negative effect on the quality of care they were able to provide, citing an increase in complaints, worsening CQC accreditations and a decrease in morale as the most severe indicators of a decline in standards.

Billy Davis, Public Affairs and Policy Manager for Hft, said: “As our Sector Pulse report shows, the sad reality is that the social care sector has run out of options. While in the previous report providers were focusing on streamlining through internal efficiency savings, we can now clearly see that cuts are affecting people, not just processes.

“The lack of a sustainable cash injection for the sector has seen providers resorting to offering care to fewer people to manage spiralling costs at a time when demand for social care is widely acknowledged to be growing.

“The fact that providers are now having to take what they reported to be their least favoured cost cutting measures illustrates that these decisions are not being taken lightly. A lack of alternatives has left providers with no choice but to make decisions culturally at odds with the way they want to run their organisations, such as handing back services and, ironically, shedding staff in the midst of a sector-wide recruitment crisis.

“Given the fragility of the social care sector, there’s never been a more important time to hear the views of the organisations providing care for some of the most vulnerable people in society. This report is an opportunity to hear the collective voices on the issues facing the sector and we must listen. It’s clear that at its heart social care funding is, and continues to remain, a national issue that requires a national solution.”

The report also highlighted that:

76% of providers say the use of technology enhances the lives of the people they support.  However, while three quarters of providers use technology as part of their services, 81% say they are not using it to its full potential.

78% of providers believe staff embark on a career in social care to make a difference to the lives of vulnerable adults.

Josie Dent, Senior Economist at Cebr, said: “Pressure on social care providers to cut costs while also paying for increasing wage bills and agency worker fees has ultimately culminated in organisations taking drastic measures.  The share of providers now offering care to fewer individuals doubled compared to last year’s survey. Meanwhile, the proportion having to make internal efficiency savings, close parts of the organisation or hand back services to local authorities remained high. The sector desperately needs more funding in order to provide the same level of care and support to the people who need it.”

Hft is now calling for the Department for Health and Social Care to bring forward their long overdue proposals on reforms for the long-term future funding of adult social care.