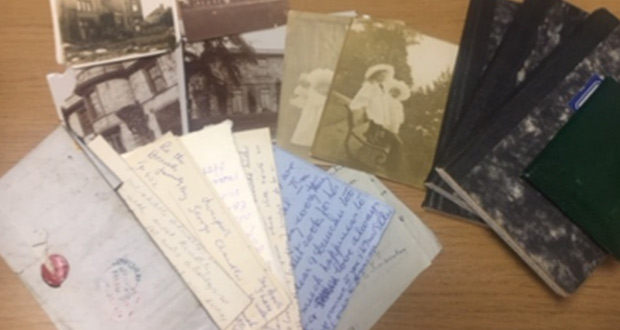 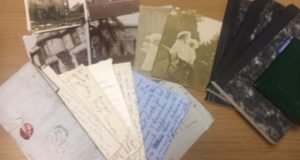 Staff from Reside Care Homes in Southbourne, Dorset recently contacted local historians after finding a box of paperwork including diaries dating back to 1849, family history, newspaper clippings, and sealed red wax stamped letters, after one of their residents sadly passed away at 81 years of age.

David Horrocks who unfortunately had no next of kin or living family members, recently passed away at Reside Care Homes, Southwood Lodge, a home specialising in dementia care. David had been residing at the home due to lack of mobility and due to showing early signs of dementia.

The diaries that were left at the home included an entry for V-Day on 8th May 1945. Other documents included family history book with details of William Henry Horrocks, Senior Honorary Surgeon to the Bradford Royal Infirmary, Sir Brian Horrocks, Corps Commander in the 2nd World War and Jerimiah Horrocks, Astronomer born 1617 who has a memorial at Westminster Abbey. As well as photos of old landmarks dating back to 1916.

We are very pleased that Mr Horrocks’ documents have found a new home and will be archived at the Dorset History Centre in Dorchester.

Cheryl Hadland, Managing Director of Reside Care Homes said “It is wonderful that we are able to honour Mr Horrocks life in a way that will be remembered forever. Many residents at Reside Care Homes have such interesting stories to tell and often talk about things they remember ‘back in their day’.

I set up Reside Care Homes based on questioning whether it would be good enough for my family, so it is important that residents are surrounded with a homely environment. David Horrocks will be severely missed at Southwood Lodge, we are very lucky to have found ‘a little box of history’.”