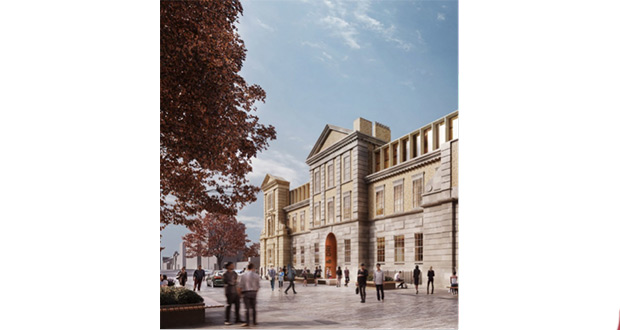 Alzheimer’s Research UK, the UK’s leading dementia research charity, has hailed the announcement of £40 million capital funding for the UK Dementia Research Institute (DRI), as well as a £300m boost for the Ageing Society Grand Challenge that forms part of the government’s Industrial Strategy.

Business Secretary Greg Clark has announced today that an additional £40m will be invested into the UK DRI, a landmark initiative that was launched last year with £150m of funding from the Medical Research Council, £50m from Alzheimer’s Research UK and £50m from Alzheimer’s Society. Working at six centres across the UK, scientists at the UK DRI are tackling dementia from multiple angles, with 27 scientific programmes now under way. Today’s announcement will see £40m in capital funding that will support an iconic £250m new building at UCL (University College London) to host the central hub of the UK DRI. This funding will allow the centre to increase the number of researchers and staff who will work together to unlock our understanding of dementia and how to conquer it.

At the same time, the government has announced more than £300m of investment for the Ageing Society Grand Challenge as part of its Industrial Strategy, including:

“This investment is an important boost to what is now the country’s biggest joint endeavour in dementia research. This funding injection will not only enable state-of-the-art facilities for the UK Dementia Research Institute, it will mean many more scientists dedicated to the fight against dementia. The essential research happening at the UK DRI has the potential to transform our understanding of dementia and as a founding partner, Alzheimer’s Research UK is delighted to see this additional support.

“It’s encouraging to see the commitment to the Ageing Society Grand Challenge: early diagnosis of diseases could revolutionise the way we treat dementia, for example, where we now know the underlying diseases begin to develop 15-20 years before symptoms appear. We urgently need life-changing treatments for dementia and we hope this fund will be a vital catalyst to drive progress towards this goal.

“It will also be important for work supported through the Grand Challenge to explore ways of helping more people reduce their risk of dementia and live well into old age. With dementia now the leading cause of death in the UK, government initiatives like this have a crucial role to play if we are to change this picture and create a world free from the fear, harm and heartbreak of dementia.”