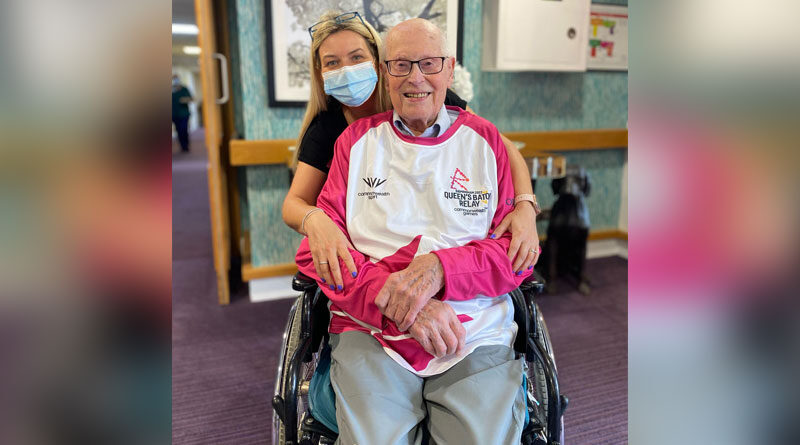 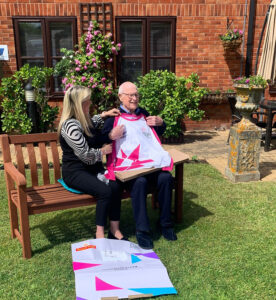 Warwickshire’s oldest man, John Farringdon, a resident from Barchester Healthcare’s Cubbington Mill Care Home in Leamington Spa, has been chosen as a baton bearer for the 2022 Commonwealth Games.

John was born in 1913 in Enfield. Aged 16 he got a job in Upper Thames Street, London as an apprentice repairing typewriters, he travelled all over London repairing typewriters before getting a job at Ford in Dagenham in 1934 as a typewriter mechanic. In 1942 Ford offered John a job in Leamington Spa making tank tracker assistance for the army, so he moved to Leamington and continued to work at Ford Motor Company for 40 years before coming to Cubbington Mill.

The Commonwealth Games is an international multi-sport event involving athletes from the Commonwealth of Nations. The event was first held in 1930, when John was just 17 years old!

This year the games; ‘Birmingham 2022’ are scheduled to be held in Birmingham, from 28 July to 8 August 2022. John will celebrate his birthday on June 7 so when the West Midlands’ legs of the baton relay takes place between 18 – 28 July, John will be 109 years young and carrying the baton with pride for his local community.

Pictured here in his baton bearer uniform which was delivered by Royal Mail, John comments: “I am honoured to take part in such an historic event and to be chosen as a baton bearer. Over the last three years living with my Cubbington Mill family, I am often surprised to be invited to take part in different events. It keep me young at heart and definitely makes life easier.”

Laura Russell, General Manager for Cubbington Mill care home adds: “We are all so proud of John and so delighted for him, he is an absolute marvel. It is such an honour for him to be chosen and what a memory for him to cherish. Everyone from the home will be cheering him on when he completes his leg of the relay in July.”