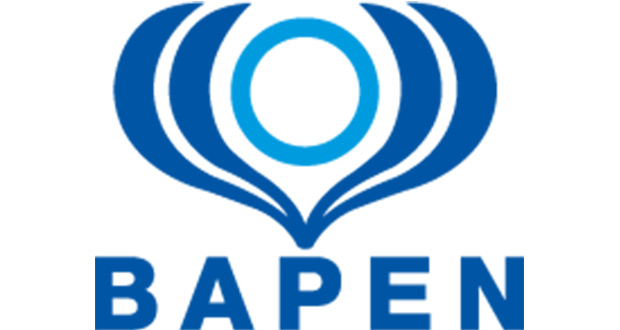 New research shows three quarters of British adults (75%) wrongly believe it is typical to become thin and frail in later life (over the age of 65), and may therefore miss the warning signs of malnutrition in older relatives, friends and neighbours.1 The research also showed that 60% of people believe it is normal to begin losing your appetite over the age of 65.1 The survey also revealed that just over three quarters (78%) of British people would be uncomfortable talking to an older neighbour about their weight,1 and 41% would even be uncomfortable talking to a family member or friend.

One in ten people aged over 65 in the UK (1.3 million) are malnourished or at risk of becoming malnourished, and the vast majority (over 90%) still live at home rather than in a care or residential home. Older people are vulnerable to malnutrition because they are more likely to be ill or have hospital stays, and are also more likely to be bereaved or lonely, which are also risk factors as they may affect appetite or ability to prepare meals. However, it is not normal to lose weight or become thin and frail as you age, and unintended weight loss in later life should be investigated by a healthcare professional.

The management of malnutrition is estimated to cost at least £19.6 billion in England (£23.5 billion in the UK), which is about 15% of the total expenditure on health and social care. It costs more to manage malnutrition than it does to manage obesity.

“This overwhelming public misconception that it is normal to become thin and frail as you age is extremely damaging. It is simply not true that it is normal to lose weight as you age, but if people believe it is, then they are not going to be looking out for the signs of someone being at risk of malnutrition. This will mean that people will ‘slip the net’ and miss the opportunity to seek timely advice or support that may be needed.”

“I am also really sad to see that so many people do not feel comfortable having conversations with older neighbours, and even friends and relatives, about their weight. These survey results show that people are embarrassed, too worried about causing offence. Perhaps it is seen as not very ‘British’. We are saying that while it may not come naturally to start these conversations, we need to get used to it quickly, as our rapidly ageing population is going to put more and more people at risk. Everyone should start using the BAPEN self-screening tool and other tools and resources that have been developed to help them have these conversations. You can find lots more information on our website at bapen.org.uk.”

The survey also revealed that almost half (49%) of people believe that it is preferable to try and follow a low fat, low calorie diet at all stages of life. However, advice from BAPEN and the Malnutrition Task Force is that if you are vulnerable to malnutrition because of age or illness, consuming more calories and a more nutrient dense intake is better.

Dianne Jeffrey, Chair of the Malnutrition Task Force says, “Issues around older people, appetite and weight loss are so often misunderstood. We desperately need to get the message across that it is not normal to lose your weight, or lose your appetite as you age. It’s so important to be vigilant, so look out for the subtle tell-tale signs such as loose rings, dentures and clothes and a lack of interest of food. Alarm bells should be ringing if we see the people we care about lose significant amounts of weight unintentionally in later life. There are ways and means to start conversations with people who may be vulnerable, and even just paying more attention to others in the midst of our busy lives would be a great place to start. We also need to make sure that public health messages around what constitutes a ‘healthy’ diet are more nuanced, as currently older people who may be vulnerable to malnutrition do not necessarily recognise that high calorie, high fat foods and carbohydrates can be the right choices.”

UK Malnutrition Awareness Week is run by BAPEN and the Malnutrition Task Force to raise awareness of the scale of the problem of malnutrition in the UK. The two organisations are calling for members of the public to:

The cost of managing somebody with malnutrition is two to three times greater than that of somebody who does not have malnutrition. Older people who are malnourished are twice as likely to visit their GP and have more hospital admissions and longer hospital stays than someone who is well-nourished.

Professor Jane Murphy, Professor of Nutrition, Faculty of Health and Social Sciences at Bournemouth University says, “People perhaps do not realise that malnutrition costs the NHS more than obesity. With our NHS already under pressure, and a rapidly ageing population, there is a very clear need for better public health messaging that will help people spot the signs of malnutrition before it is too late.”