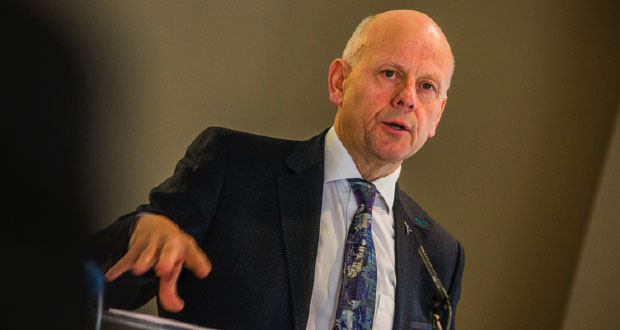 Shock new figures show that more than 15 per cent of care homes and domiciliary care companies in Wales don’t expect to be in business in five years’ time.

According to Care Forum Wales, a survey they have conducted revealed that the way social care is funded by local councils and local health boards is dictating the low levels of pay in the sector.

They say the problem caused by their unfair funding formulas is also “perpetuating pay inequality for women” who make up the vast majority of the social care workforce.

As a result, it was becoming increasingly difficult to recruit and retain care practitioners who could earn more stocking shelves in budget supermarkets like Aldi and Lidl.

The survey was conducted at a series of workshops for providers organised by Care Forum Wales in St Asaph, Llanelli and Cardiff.

It showed  that 84 per cent of those who responded said low pay in the sector made it more difficult to recruit and retain staff while 96 per cent believed that increasing pay levels would be a big help.

Meanwhile, 16 per cent of those who took part didn’t expect to be in business in five years’ time.

A separate survey conducted by the Welsh Government showed that the spectre of Brexit was making the situation even worse.

Across all registered social care providers who responded, 58 per cent said they had found it difficult to recruit within the last 12 months, with 28 per cent of them say it was very difficult.

Care Forum Wales estimates more than 1,500 beds could be lost in Wales between now and 2024, with domiciliary care being equally badly affected.

As well as haemorrhaging staff to supermarkets, they were also being poached by the NHS.

According to chair Mario Kreft MBE, the nub of the problem was that the funding formulas of local councils and health boards were predicated on paying low wages to staff and the “minimal differentials” for taking on extra responsibilities – and that had to change.

Because of the way funding was calculated for publicly-funded individuals, care providers could usually only afford to pay around £8 an hour to care practitioners while the NHS in some parts of Wales were paying £9.50 an hour, plus enhancements.

The upshot was that care homes and those providing nursing care, along with domiciliary care companies,  were closing down across Wales because they were no longer financially viable and that trend, say Care Forum Wales, was set to continue.

As well as seeing smaller companies struggle, there were also some high profile casualties in the sector.

The direct consequence of that that would be additional pressure on an already creaking NHS because there would be nowhere else for vulnerable, elderly people to go, leading to even more people stuck in hospital which isn’t good for them or the NHS.

Mr Kreft said: “There is a major issue in relation to gender equality. Between 80 and 90 per cent of the people who work in social care are women so the formula used by councils and health boards to determine fees has the effect of discriminating against women and perpetuating low pay.

“It shows a complete lack of respect for the sector in general and women in particular at a time when the workforce needs to know that they are valued collectively and as individuals providing an essential service.

“This survey has provided us with the most up to date litmus test on the views of the social care leaders on the front line, who are employing tens of thousands of workers in Wales, and it’s very clear that the challenges are many and deep.

“The one core issue that’s coming through loud and clear is low fees and the disastrous impact that’s having on the morale of the workforce.

“Most care providers in Wales overwhelmingly provide care to publicly funded individuals, so what you have is a taxpayer driven funding stream either through the NHS or local government.

“If those funding streams are insufficient to pay the wages that we need to pay for what is actually a very demanding and complex job requiring many high level skills then we are sleep walking into a disastrous situation.

“To their credit, the Welsh Government have identified social care as a key pillar of the foundation economy that underpins the NHS.

“The trouble is that the sector is being starved of the resources it needs to make it viable and as a result it is becoming increasingly difficult to attract and retain staff in this predominantly female workforce.

“At the same time, there ae plans to introduce compulsory registration and a new qualifications framework for staff which might be a good idea in principle but it’s being introduced at absolutely the wrong time when the sector is in crisis. It does not make any sense to increase the burden of bureaucracy now.

“These things are aspirationally good in the long term but they are going to add a whole new layer of bureaucracy and cost at a time when social care providers are struggling to stay financially afloat.

“The over 85 year old population of Wales is going to more than double in 20 years so we need to invest now in a service that is fundamentally important to communities right across Wales.

“We know that we’ve got over 80 per cent of the social care providers saying how difficult it is to attract and retain staff and the only way that be addressed is through increasing fees to realistic levels so money can be invested in the front line instead of the back office.

“It is doable because the money is there in our economy, this is about where we choose to spend it.

“What Care Forum Wales is saying, not for the narrow self-interest of its members and even their staff, but actually for Wales as a whole, for the fabric of the health and social care system for years to come , is that we need to ensure that we’ve got the right career opportunities and people are not only proud to be social care workers, but they’re actually going to be recognised in their pay cheques at least on a par with other similar aspects in our economy.

“If this issue isn’t resolved now, we’re storing up huge problems for the future.

“Care homes and domiciliary care companies are closing down all of the time, and that trend is going to continue and possibly get worse.

“The survey is a stark wake-up call to us all in Wales we must take action now.”