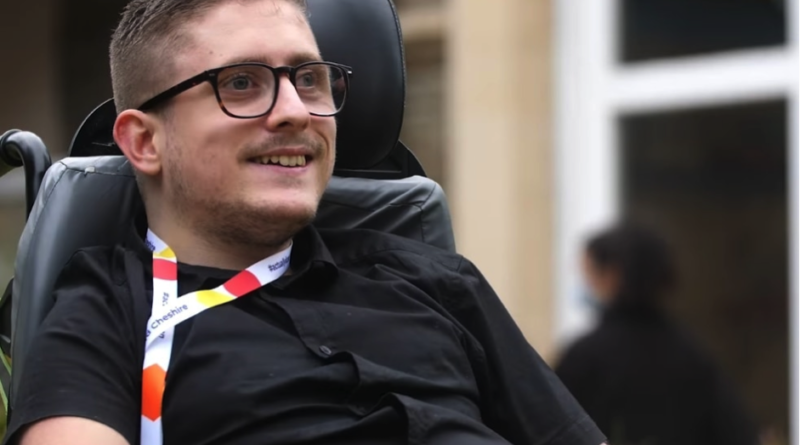 A young campaigner for disabled people from Cardiff has been recognised with a British Empire Medal (BEM) in the Queen’s New Year’s Honours list.

Josh Reeves, 24, who lives at Lewis Martin Court in Leckwith, Cardiff, launched the Don’t Call Me Special campaign in 2015 to help children understand disabilities and raise awareness of people living with both visible and invisible disabilities.

Over the past seven years, Josh has worked both locally and globally to change people’s perceptions of disability, starting in education settings.

In addition to his personal campaigning, he works part time for Leonard Cheshire as a campaign support officer.

Josh, who has cerebral palsy, was awarded the Point of Light award by Prime Minister Theresa May, and this latest accolade demonstrates the impact the campaign has had in less than a decade.

Josh said: “I’m ecstatic, shocked and overwhelmed at receiving the BEM. I had no idea I’d even been nominated, so to be told I was on the list was incredible news.

“I launched the Don’t Call Me Special campaign back in 2015 to help people, particularly children, see the person not the disability. It surprised me that at schools they were willing to talk about drugs, drink, smoking and sex, but disability was something of an elephant in the room.

“Because it wasn’t being talked about, kids feared it a bit, and this led to children with disabilities getting bullied, and it didn’t sit right with me, so I decided to do something about it.

“I’m passionate about what I do, so I hope that this award will raise awareness and get the message about the campaign out to even more people.

“This journey has already taken me from Wales to Antigua to 10 Downing Street and Buckingham Palace. Who knows where it will take me next?”

Sarah Davies, manager at Lewis Martin Court, said: “We’re so proud of everything Josh has achieved so far with the campaign, and we’re certain he has great things to come in his future.

“Josh is an unstoppable force when it comes to helping children with disabilities and we’re delighted that he’s been recognised with a BEM this year.”

Lewis Martin Court is a residential care home with nursing provision for disabled young adults with complex care needs in Cardiff. It is operated by Ambito Care and Education, which is part of Salutem Care and Education.