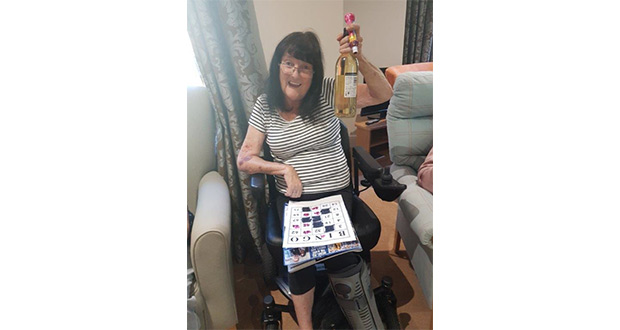 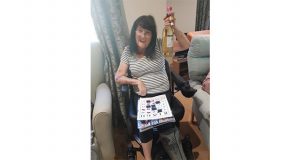 With bingo being the go-to social game for many families and communities, Ideal Carehomes’ Lifestyle Manager Tom Ogden had the idea of creating a ‘virtual bingo hall’ for all residents who live across the Group’s 16 homes.  Tom used Facebook Live to stream the game and connect residents from each home, creating friendships across the country.

Bingo has been popular for many years, originating in Italy in the 1500’s.  In 1920’s North America players would fill a line of numbers with beans and shout ‘Beano’ for the win.  Rumour has it that one player was so excited that they shouted ‘Bingo’ rather than ‘Beano’ and the new name stuck!

Tom, who works as Lifestyle Manager at luxury care home Newfield Lodge in Castleford, made sure he knew all the ‘bingo lingo’ before hosting the big event last week and residents and guests had their favourite dabbers at the ready for a great afternoon of entertainment which certainly didn’t disappoint.

Tom said, “I wanted to do something a bit different and fun for our residents and who doesn’t love a game of bingo?!  The game was very relaxed – nothing like the pressure at some bingo halls when you can get into trouble for taking someone’s lucky seat or sneezing at the wrong time!  The residents were amazed that they were linking up with others from up and down the country to play.  I have lots more ideas lined up, we are going to host a live quiz next and have a trophy for the winners that can be passed around all the homes.  The options are endless and everyone is really excited!”

It is thought that 3 million people in the UK play bingo in bingo halls and the popularity doesn’t look set to wane.  But it is more than just a numbers game and would have been a way of life and regular social occasion for many care home residents.  Not only a fun pastime, the game of bingo is also great cognitive therapy, challenging memory and concentration.

Trish Roe was thrilled to win the first game at her home at Coppice Lodge in Nottingham.  She said, “This is great, it’s like being at the bingo hall.  It was a fantastic afternoon!”

Margaret Siddle, daughter of a resident at Ashworth Grange in Dewsbury, said: “We joined in the live bingo with Dad and we all thought it was really good.  We actually won a game for Ashworth.  We thought it was really impressive that lots of people from other places could be playing with us at the same time. It was great fun!”

Pat Burr, who lives at Brinnington Hall in Stockport, just missed out on a win this time.  She said, “I thought the idea was a bit different and it was a thoroughly enjoyable and fun afternoon.  But we want to win next time!”