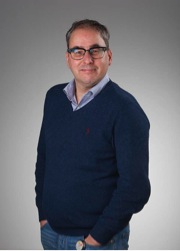 A pneumococcal vaccine helps prevent pneumonia among people over the age of 65. Research among some 85,000 Dutch subjects shows that vaccination halves the number of hospitalizations due to infection with this bacterium. Researchers at University Medical Center (UMC) of Utrecht, in collaboration with Pfizer, published these results today in the New England Journal of Medicine. A guideline has been drafted in the U.S. that recommends that all elderly people receive the vaccine.

In the “Community-acquired pneumonia immunization Trial in Adults”, or CAPiTA for short, the effect of vaccine PCV13, which targets 13 strains of Streptococcus pneumoniae, the main cause of pneumonia, was studied. The vaccine’s efficacy in children has been known for some time. Since 2006, the pneumococcal vaccine has been part of the Dutch national vaccination program, which means that all infants are inoculated. Whether the medicine also offers protection for the elderly remained unknown to date.

In order to research this, over 42,500 senior citizens were administered the PCV13 vaccine from September 2008 to the end of January 2010. The same number of people were given a placebo. The four-year follow-up focused on whether the subjects were hospitalized with pneumonia or invasive pneumococcal disease. Involving over 2,000 general practitioners and 59 hospitals, this large-scale study was coordinated by Julius Clinical (a UMC Utrecht spin-off) and the UMC Utrecht in collaboration with Pfizer, who developed the vaccine.

During the study, 49 of those who had received the vaccine were hospitalized with pneumonia due to the type of S. pneumoniae, against which the vaccine is intended to offer protection. That is 45 percent less than in the group of elderly people who received the placebo: 90 patients from this group were hospitalized. The total number of hospitalizations due to pneumonia decreased by 5 percent; apart from S. pneumoniae, there are other bacteria and viruses that cause pneumonia. Marc Bonten, professor of Molecular Epidemiology of Infectious Diseases at the UMC Utrecht and research leader of the CAPiTA study explains, “It has now been demonstrated for the first time that a vaccine can prevent pneumonia in elderly people. The vaccine offers long-term protection: its effectiveness did not decrease in the four years of the study. If all people over the age of 65 were to be given PCV13, this would result in several hundred fewer hospitalizations in the Netherlands.”