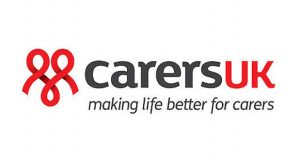 The general public remain ‘in the dark’, as a majority drastically underestimate the number of carers in their own family, friendship groups  and places of work, according to new research by Carers UK released for Carers Rights Day (24 November).

The research released today shows that more than half (51%) believe they don’t know a single family member or friend who cares, whilst as many as 3 in 5 workers (62%) believe they don’t know ‘any work colleagues’ who help look after a loved one. In reality, 1 in 10 (10%) people in the UK are carers and 1 in 9 people in the workforce are juggling their paid job with unpaid caring.

The findings come one year after Carers UK’s Missing Out report showed the impact of carers not being identified quickly enough. Amongst carers who ‘struggled’ to recognise their roles, more than half saw their finances (52%) and mental health (78%) negatively affected as a result.

Alarmingly, even amongst those members of the public who did manage to recognise that a friend or family member looked after someone, as many as 3 in 5 (58%) did not ‘suggest where to find further information on caring’ and the number rose to 65% amongst those who knew carers in the workplace.

Amongst all of those polled, including those that had not recognised carers in their social circles or at work, two thirds (67%) said they would feel confident providing ‘emotional support’ to a new carer. Yet, only 2 in 5 (42%) would feel confident pointing people in the direction of information about caring. Carers UK is asking the public to equip themselves with more knowledge and understanding of how to support carers, to improve confidence in reaching out to carers.

The findings also revealed differences amongst men and women, carers, and non-carers, and those of different ages:

“More and more of us are stepping into caring roles, yet carers all-too-often remain hidden in plain sight at work, in friendships, and even in the families. Often, it takes somebody else to tell us that we are a carer before we recognise ourselves as such.

This year, we are encouraging every member of the public to learn more about caring and where to go for advice and assistance. It is only through our concerted efforts to identify and support carers that we can alleviate some of the emotional and practical challenges facing the 6.5 million people looking after an ill, older or disabled loved one.”