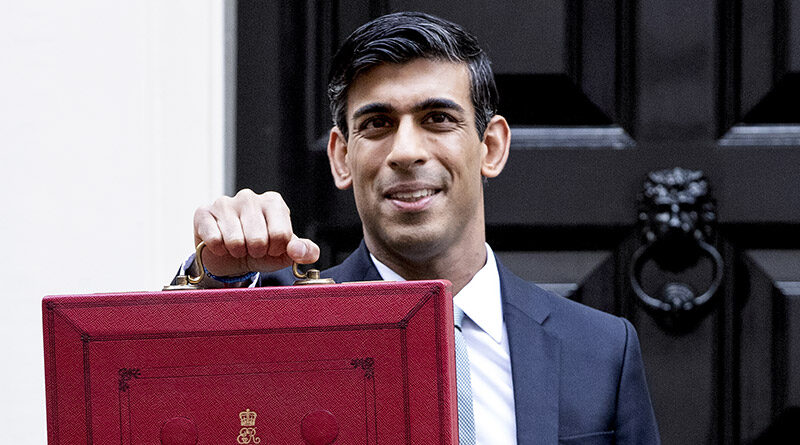 Today’s budget announced by Chancellor Rishi Sunak has been greeted with disappointment, and described as “underwhelming” and with “far reaching consequences”

Mr Sunak announced that the government is to provide English councils with £1.6 billion of new annual grant funding over the next three years for social care and other services, and of the £4.8 billion funding announced by the Treasury in the 2021 autumn budget and spending review, £3.6 billion will go directly to local government over the three-year period to implement the cap on personal care costs and changes to the means test.

The new Health and Social Care Levy, along with an increase to the rates of dividend tax, will raise UN estimated £13 billion per year for spending on health and social care across the UK. This, the government says enables significant further funding for the NHS, for the government’s reforms to social care, public health and prevention programmes, and investment in training the workforce of the future.

This funding will also help local authorities better sustain their local care markets by moving towards a fairer cost of care, the Treasury added.

£1.7 billion over three years has been set aside improving the wider social care system, including the quality and integration of care, with £500 million of this allocated to improve qualifications, skills and wellbeing across the adult social care workforce.

ICG Chair Mike Padgham said: “The care of our oldest and most vulnerable has been ignored once again and we will all suffer the consequences.
“There are good things in the budget – the minimum wage, help for the low paid and incentives to industry – but nothing for care.

“What money has been announced for social care today and in recent weeks simply won’t get the sector back on an even keel.

“The Government is investing in health and that is a good thing but spending on the NHS without spending on social care too is counter-productive. The message ‘invest in social care and save the NHS’ simply isn’t getting through.”

The ICG warned the Chancellor that the care of people in their own home and in care and nursing homes is teetering on the edge of survival as we approach winter.

Without investment hundreds of thousands more people will be added to the 1.6m people who currently can’t get care.

“There is not enough money to pay carers to look after people in their own homes, so that service is starting to crumble and we know that care and nursing homes too are going out of business,” Mr Padgham added.
“What we have heard today will not start to address that and we are bitterly disappointed that another opportunity to rescue social care has been missed.”

Dr Rhidian Hughes, Chief Executive of VODG, said: “We hoped Chancellor Rishi Sunak would be big and bold in today’s announcements and deliver a long-term funding settlement for social care but instead we are left underwhelmed by a series of flat and feeble commitments that will do nothing to stabilise, strengthen, and improve social care funding.

“From today’s announcements the government may consider social care ‘funded and fixed’, which is far from the reality for people who draw on these essential services to live independent lives. VODG, alongside partners from across the sector, have voiced concerns that recent social care reform funding announcements as well as funding to help alleviate social care workforce pressures, while welcomed, is simply not enough to address the long-standing lack of investment in social care.

“The Chancellor stated that the success of today’s commitments will be measured by “the outcomes and differences we make to people’s lives” but today’s CSR and Autumn Budget will do nothing to ensure the sustainability of care and support services for disabled people and their families for the rest of this parliament.”

Through the Comprehensive Spending Review, the government sets out the government’s spending priorities for the next three years, from 2022-23 to 2024-25.

Dr Hughes added: “Chancellor Rishi Sunak talked a lot about the government’s “vision for the future” but it’s clear this outlook does not include resolving immediate and longer-term challenges that exist within social care.

“As an infrastructure body representing voluntary sector providers of disability services, we hear first-hand about the challenges facing organisations that work alongside disabled people. Our sector is dominated by workforce pressures that are having a significant impact on the provision of social care services.

“Increases to the National Living Wage are always to be welcomed – providers want to pay their workforce a wage that reflects the vital work they carry out. However, for our members, who rely on local authority commissioners to deliver these services, such rises also bring about additional concern as to how, and whether, such increases will be funded. As it stands, it is unclear as to how the £4.8bn allocated to local authorities by the end of parliament will be distributed to social care to fund these rising costs. The risk of disabled people having services pulled away, and providers being left with a depleted workforce, as VODG has previously warned, remains.

“The single biggest difference the Chancellor could have made in this year’s CSR to the lives of people who draw on social care was to strengthen funding. Sadly, this opportunity has been missed and we are still far from the ‘age of optimism’ that the Chancellor so hopefully described.”

Sam Monaghan, Chief Executive of Methodist Homes (MHA)said: “Today’s Budget focused on a new economic era of optimism. But for older people using care services, or staff delivering care, there was little cause for the Chancellor’s optimism and little hope that good quality care will be made available to everyone who needs it.

“What older people need is for the Government to step in now with a sustainable financial footing for the care we all need, and with proper recognition for a dedicated workforce which has been undervalued for too long.”

Professor Martin Green OBE, Chief Executive of Care England, says:  “Unfortunately, there will be serious and far reaching consequences.  Care England has offered a plethora of constructive solutions as to how the Government could alleviate this crisis situation, but we have been left out in the cold; winter is going to be very, very tough without a robust social care sector to support the NHS”.

“Failure to support the sector will result in unprecedented demand on the NHS, a loss to local economies and of course a failure to deliver care to those most in need”.

Caroline Abrahams, Charity Director of Age UK and Co-Chair of the Care and Support Alliance said:

“Today, social care needed a big injection of guaranteed, additional funding for now and the future, but the Chancellor didn’t deliver it. The extra money that was announced for local government was not ring-fenced for social care and will need to be stretched thinly across council services, after a decade of under-funding.”

“The end result is that there is no relief in sight for older and disabled people who require care, and their families and carers, who are having to put up with services under extreme duress – if they can get any help at all.”

“It’s no good the Government promising the possibility of more funding for care in a few years’ time if today’s provision continues to disintegrate and more workers walk away.

“The good news on the National Living Wage increase to £9.50 an hour is welcome as is the reduction in the Universal Credit taper. However, the key point missing from the Budget is how the National Living Wage increase is going to be funded for the social care workforce. This needs to be paid by the government as the majority of care is commissioned and paid for by the state. The rate social care employers can pay is determined by the funding their local authorities can afford to provide.

“The announcement of an extra £4.8bn for Local Government over the next three years could have offered a real opportunity to respond to the immediate and longer-term financial pressures in the sector and invest in the social care workforce to support people across our communities. However, the money falls short of what Local Government was asking for and none of it is ringfenced for social care.

“This Budget is a missed opportunity to recognise social care as a growing sector which already contributes £50.3bn per annum to the economy in England and the 1.5 million strong workforce making this happen. It also fails to build on the opportunities the Health and Care Levy could bring to support wide-ranging and ambitious reform if fairly shared between social care and health.”