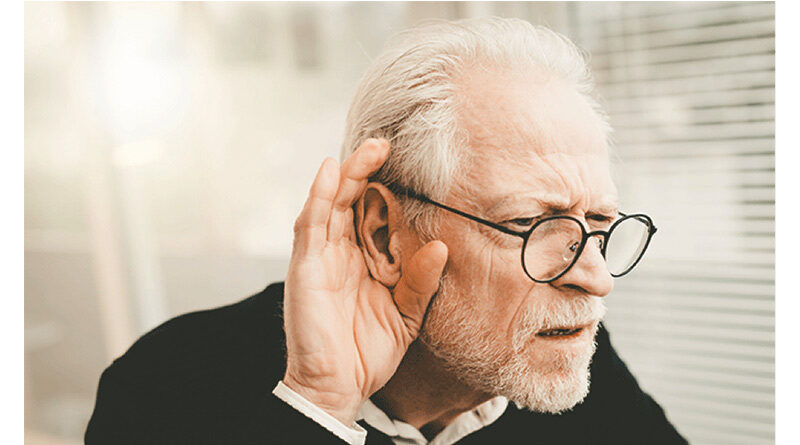 Scientists have developed a new theory as to how hearing loss may cause dementia and believe that tackling this sensory impairment early may help to prevent the disease.

Hearing loss has been shown to be linked to dementia in epidemiological studies and may be responsible for a tenth of the 47 million cases worldwide.

Now, published in the journal Neuron, a team at Newcastle University provide a new theory to explain how a disorder of the ear can lead to Alzheimer’s disease – a concept never looked at before.

It is hoped that this new understanding may be a significant step towards advancing research into Alzheimer’s disease and how to prevent the illness for future generations.

Newcastle experts considered three key aspects; a common underlying cause for hearing loss and dementia; lack of sound-related input leading to brain shrinking; and cognitive impairment resulting in people having to engage more brain resources to compensate for hearing loss, which then become unavailable for other tasks.

The team propose a new angle which focuses on the memory centres deep in the temporal lobe. Their recent work indicates that this part of the brain, typically associated with long-term memory for places and events, is also involved in short-term storage and manipulation of auditory information.

They consider explanations for how changes in brain activity due to hearing loss might directly promote the presence of abnormal proteins that cause Alzheimer’s disease, therefore triggering the disease.

Professor Tim Griffiths, from Newcastle University’s Faculty of Medical Sciences, said: “The challenge has been to explain how a disorder of the ear can lead to a degenerative problem in the brain.

“We suggest a new theory based on how we use what is generally considered to be the memory system in the brain when we have difficulty listening in real-world environments.”

Dr Will Sedley, from Newcastle University’s Faculty of Medical Sciences, said: “This memory system engaged in difficult listening is the most common site for the onset of Alzheimer’s disease.

“We propose that altered activity in the memory system caused by hearing loss and the Alzheimer’s disease process trigger each other.

“Researchers now need to examine this mechanism in models of the pathological process to test if this new theory is right.”

The experts developed the theory of this important link with hearing loss by bringing together findings from a variety of human studies and animal models. Future work will continue to look at this area.