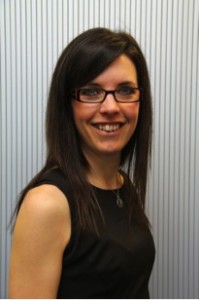 A pioneering service to address the growing problem of undernutrition in patients is set to be rolled out at a NHS Foundation Trust thanks to £70,000 funding from the Academic Health Science Network for the North East and North Cumbria (AHSN NENC).

The Health Call Undernutrition Service, developed by County Durham and Darlington NHS Foundation Trust (CDDFT), is helping tackle the issue of undernutrition, which affects millions of people and puts a massive strain on the NHS, costing the UK around £13 billion a year.

As well as being scaled up within CDDFT, the software, which has been created with telehealth specialist Inhealthcare, is also available for other NHS Trusts and health care providers to license and implement within their clinical teams.

The service was developed by dieticians so patients at risk of undernutrition could access care from a distance using a weekly automated phone call, allowing clinicians to monitor their prescribed nutritional supplements.

The aim of Health Call was to improve the monitoring process for clinicians and, more importantly, for patients. Feedback from the pilot has been extremely positive with patients and their families praising the ease of the process and the positive impact it has had on their lives.

The system will now be rolled out throughout CDDFT in turn benefiting patients, helping clinicians use time more efficiently, reducing costs and increasing the number of patients they can monitor as demands grow.

Catherine McShane, Specialist Dietitian, the clinical lead on the project, said: “The funding has given us the ability to start scaling up the service at a much quicker rate working in partnership with other organisations which we wouldn’t be able to do without the support from the AHSN NENC.

“It’s also enabled me to be seconded out of my post to work on this and give it my full dedication which is amazing.”

The Health Call Undernutrition Service was piloted with 130 patients over a 10-month period starting in February 2013. Clinicians saw immediate benefits from this cost effective and efficient system with patients and their families also reporting a positive impact on their lives.

Over the pilot period, the service saved the County Durham health economy around £20,000 and more than 61 hours of clinician’s time due to proactive nature of the service.

The Focus on Undernutrition team at CCDFT, which developed the service, was recognised for its innovative efforts to address this growing problem at the Health Service Journal’s Value in Healthcare Awards last year when the team picked up the Value and Improvement in Telehealth award.

Catherine said: “We have been absolutely amazed by the patient feedback so far. They have reported that they feel far more supported and cared for and they know there’s a dietician available at the end of the phone if there’s a problem. It really helps patients monitor their own situation and they’re being empowered by that.

“It was also piloted in a number of care homes where appointed staff members were able to input the relevant data on behalf of residents at risk of undernutrition. The service has since been adapted into an online system for use in care homes so data for each patient can be centrally entered on a computer rather than staff getting multiple phone calls for individual residents.

“Following the success of the pilot, we have slowly started scaling up in our own organisation and it’s really picking up speed. Clinicians are starting to release capacity from their workloads as a result so it’s been really positive so far.”

The Health Call Service is offered to patients who use oral nutritional supplements or are at risk of undernutrition – such as the elderly – who receive a weekly automated phone call on a phone number, day and time of their choice. They have to input their weight, compliance with taking prescribed oral nutritional supplements, and their appetite level all via their telephone keypad.

The results are fed back to a dedicated system, which sends an email alert to the patient’s healthcare professional if the results are of concern. The clinician can then review the patient’s responses on the system and decide if any further action is needed.