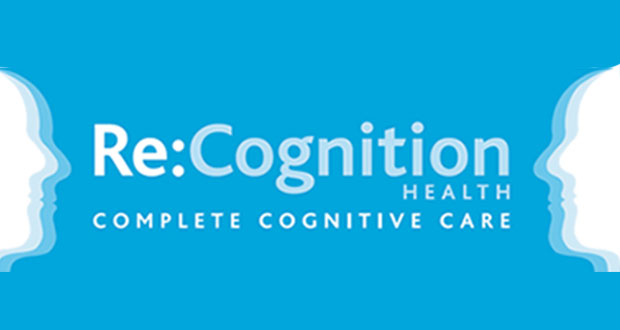 Dementia has a growing public profile due to the renewed focus by the government and the increase in media coverage. With one person being diagnosed with dementia every three minutes in the UK, it is a massive public concern that costs the economy £23 billion each year. It is the only cause of death that is still on the rise. More people fear getting dementia than cancer, according to research published last year. It’s hardly surprising as the condition affects memory, thinking and the ability to solve problems, eventually stripping away independence and the essence of who we are.

Brain Health experts Re:Cognition Health aim to educate the public on difference between Alzheimer’s disease and dementia, terms that are often confused. The company seeks to reassure worried members of the public that with new medications in the final phase of development there is real hope that having Alzheimer’s disease may not necessarily mean developing symptoms of dementia or experiencing

significant memory loss, in the near future.

‘Dementia is not a diagnosis, it’s merely a generic term that describes problems with memory and thinking ability’, says Dr Emer MacSweeney, CEO & Medical Director of Re:Cognition Health. ‘Dementia indicates a person is having progressive difficulty with a least two aspects of their thinking ability for example: memory, calculation ability, learning new skills, concentrating, making decisions and the level of this cognitive impairment is affecting their “activities of daily living”. When Alzheimer’s Disease has progressed to the stage where it fulfils these criteria, the individual has dementia. It’s important to note that dementia is just a symptom, not a diagnosis – just the same as having the symptom of headache – lots of different conditions (or diagnoses) can cause headaches.’

‘Alzheimer’s is an unacceptable problem, the solution for which is to diagnose early, before symptoms develop, and to provide a treatment which, when given very early, will slow or ideally halt progression of the disease and symptoms.

Re:Cognition Health is spearheading new drugs in the final-phase of clinical trials as part of worldwide studies. Treatment is designed to slow down the progression of Alzheimer’s disease – existing medications currently available can only mask the symptoms, while the condition is still progressing in the body at the same rate. In other words, existing drugs just help the dying brain cells to work better, but the new medication is designed to keep the brain cells alive and healthy.

When given before any symptoms develop to individuals demonstrated to be at riskof developing AD, the drug is designed to delay the onset of symptoms of Alzheimer’s disease; or if symptoms of mild cognitive impairment (MCI) have started, the medication is designed to slow down further progression of symptoms. The new medications work by reducing the production of amyloid protein in the brain or by clearing existing amyloid protein. Since age is the single biggest risk factor for developing dementia, it could mean that those diagnosed in their later years, may never experience dementia.

Re:Cognition Health is conducting final phase international clinical trials which give those with moderate or mild symptoms of cognitive impairment or no symptoms at all, but who have been identified as being high risk to go on to develop Alzheimer’s disease, an opportunity to gain early access to these new medications to slow down the progression of Alzheimer’s disease and change their future.

Re:Cognition Health was established in 2011 to provide a specialist service in the neurological assessment and imaging of cognitive impairment, neurovascular diseases and traumatic brain injury, including the provision medico-legal expert opinion. The Re:Cognition Clinics in London, Essex, Surrey and Plymouth are also major centres for international trials of disease-modifying and new symptomatic drugs for Alzheimer’s disease and other neurological conditions.